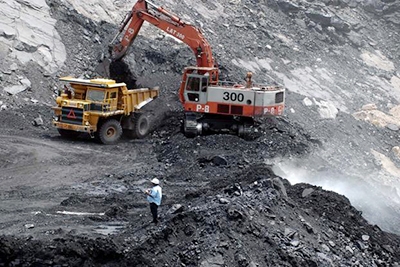 The Centre's response came on PILs, filed by NGO Common Cause through advocate Prashant Bhushan and the other by advocate M.L. Sharma. / Representational image |

The Central government has told the Supreme Court that iron ore pellets are not listed in either of the three regulated entities list - prohibited, restricted, or standard trading enterprises (STEs) - which clearly shows that "as per Foreign Trade Policy, trade in iron ore pellets is free, because it is not regulated".

In a written response, the Ministry of Commerce and Industry said that "imposing export duty on a commodity or removing it is in the realm of public policy... export duty on iron ore pellets has been imposed and removed from time to time".

The Centre's response came on PILs, filed by NGO Common Cause through advocate Prashant Bhushan and the other by advocate M.L. Sharma. The NGO sought a direction to either ban the export or levy a 30 per cent duty on exports of iron ore in all forms including pellets, and alleged export of iron ore in pellet form by some firms by evading duty.

To the petitioner's claim that since 2014, with the relaxation given to Kudremukh Iron Ore Company Ltd (KIOCL), a PSU, the export duty on iron ore pellets has become nil, the Centre, in its reply filed through advocate Rajat Nair, said: "It is factually incorrect because a 5 percent export duty was imposed via notification dated January 27, 2014. This export duty remained enforced, till it was removed via notification dated January 4, 2016. All exporters, including KIOCL, have paid the export duty of 5 percent on their exports during the period January 27, 2014 to January 3, 2016."

The Centre contended that PSU manufacturers conducting international trade through PSU trading companies, was quite common when PSUs were holding the commanding heights of the economy, and all other manufacturers of iron ore pellets were always free to export and the only regulation on KIOCL was removed via notification dated September 26, 2014.

It said the rate of export or import duty on a product or commodity is based on various factors which are taken into account keeping in mind the objective of boosting international trade and commerce, particularly exports which are essential for earning foreign exchange. It further added that the petitioner has been trying to mislead the top court by saying that export of iron or fines or lumps above 64 per cent to 72 per cent iron is being done in the guise of pellets.

"Iron ore pellets have been subject to export duty from time to time. Imposing export duty or removing it on any class of commodities is a policy decision," it added.

The Centre contended that both the petitioner and the petition suffers from a completely wrong understanding of the Customs Act 1962, Customs Tariff Act, 1975, the FTDR Act 1992 and the foreign trade policies.

"Therefore, the position is clear that iron ore pellets (HS Code 2601 1210) is not listed in either of the three regulated entities list (prohibited, restricted or STE), which clearly shows that as per Foreign Trade Policy, trade in iron ore pellet is free," it said.

The PIL said the exports of iron ore pellets, manufactured by government-approved KIOCL, may be exempted from the levy of 30 per cent export duty. "And also an appropriate writ... to initiate proceedings under Section 11 of the Foreign Trade (Development & Regulation) Act, 1992 and Section 135(1) of the Customs Act, 1962 against the mining companies which have been exporting iron ore pellets in contravention of the provisions of India's export policy, thereby, evading the export duty chargeable on the export of iron ore pellets, and also direct a thorough and independent investigation into the role of public officials in allowing the same," said the NGO's PIL.