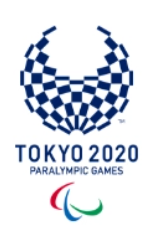 Thums Up, a home-grown soft drink brand owned by global cola major Coca-Cola, on Monday announced it has become official partner with the Tokyo 2020 Paralympic Games, to be held from August 24-September 5.

Also, this is the beverage major's first such association at the Parlympic Games. It has also become the first FMCG brand to partner with the mega sporting event.

Thums Up was also a partner at the recently concluded Olympic Games in Tokyo.

"Through this partnership, Thums Up aims to encourage inclusion and salute the real heroes of Tokyo 2020 who continuously strive to break the glass ceiling despite the challenges and are now representing India at this prestigious global sporting event," a statement from Coca-Cola said.

Coca-Cola India and South-West Asia Vice President and Head-Marketing Arnab Roy said the company has a long association with the Olympic Games since 1928 and is one of the oldest standing partners.

"The Coca-Cola Company has a long history of sponsoring major sporting events around the world. Through an eight-decade association, it is the longest continuous corporate partner of the Olympic Games," he said.

This year marks the beginning of the brand's association with Paralympic Games, Roy added.

"These associations with sporting events underscore the company’s philosophy of endeavouring to be a part of the joyous moments and occasions of its consumers," he said.

Deepa Malik, the first Indian woman who won a medal at the Paralympic Games and president - Paralympic Committee of India, said, "This year, India is sending the largest-ever contingent to the Tokyo 2020 Paralympic Games, and all 54 athletes have a unique story of resilience and defying all odds & social taboos. I am very hopeful that we are going to create history this time."

Besides, Thums Up has also come up with a marketing campaign, which includes a series of videos and other related visuals for digital and social media to keep the audiences connected with the Tokyo 2020 Paralympic Games and the Indian athletes.