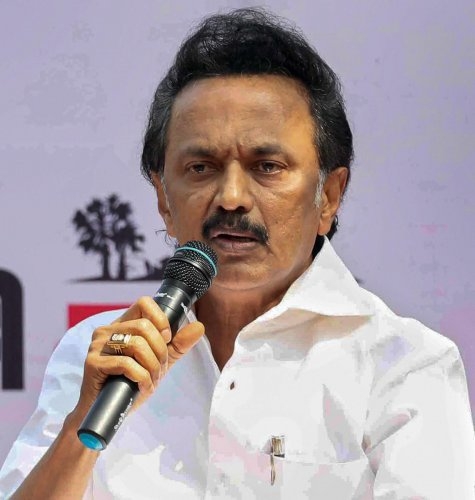 Braving the COVID-19 pandemic, key sectors in Tamil Nadu looked up in the year 2021, as the new government headed by the DMK announced its ambitious revival and growth initiatives and roped-in some of the top economists including Nobel winner Esther Duflo to advise the state in its endeavour.

The appointment of the Economic Advisory Council comprising of key experts including Duflo and former RBI Governor Raghuram Rajan and signing of memoranda of understanding with the industries helped the state register higher growth than the national average, according to Guidance Tamil Nadu Chief Pooja Kulkarni.

Often billed as a 'favourable' investment destination, Tamil Nadu attracted over Rs 50,000 crore investment proposals this year, even as the Chief Minister MK Stalin-led government has rolled out an ambitious $1 tn State Gross Domestic Product (SGDP) target by 2030. Services, farm and realty sectors had a good 2021.

Tamil Nadu would focus on key sectors as part of achieving the vision put forth by Stalin, Kulkarni told PTI.

''In 2021 we have actually grown despite the pandemic. National GDP last year was 3 per cent whereas it was 5.5 per cent at state level.. we have been able to keep up the services sector, agriculture sector functioning,'' she said.

Guidance Tamil Nadu is the only nodal agency in the state set up by the government for building the economy through single window clearances to projects set by companies which are keen to set up base in the southern state.

''Focus will be on sectors like information technology, data centre, textiles, electric vehicle manufacturing, tapping renewable energy, foot wear industries.. these are all the focus areas for the Chief Minister's vision of taking the state gross domestic product to $1 trillion'', she added.

After emerging victorious in the Assembly election held this year, the DMK assumed office on May 7 and commenced measures to boost the economy, amid reports of the state's ''high debts,'' besides the impact caused by the COVID-19 outbreak hampering growth.

Kulkarni added the state has been witnessing positive response from industries with several companies committing investments of Rs 54,229 crore by signing MoUs with the government during the investment conclaves conducted by the department that would see creation of several jobs in the state.

''We anticipate that there would be Rs 25 lakh crore investments in Tamil Nadu by 2030'', she said, adding some of the big ticket investments committed by the industries were in the pipeline in the coming years.

''Some have already been signed, some are in advanced stage of discussion'', she said.

As part of its initiative to boost the economy, the government formed the Economic Advisory Council comprising of Duflo of the Massachusetts Institute of Technology, Raghuram Rajan and former Chief Economic Adviser Arvind Subramanian among others.

Then Tamil Nadu Governor Banwarilal Purohit, who announced the Council in his maiden speech at the Assembly said based on its recommendation, the government would ensure benefits of economic growth reached all segments of the society.

Referring to the state government's move to support Data Centres set up by information technology companies, Kulkarni described it as a key infrastructure and investment commitments of over Rs 30,000 crore have been received by Guidance indicating the potential of the industry.

''The government also announced a Data Centre Policy which will also make the State a Data Centre Hub...this is one sector.... another sector which has huge potential is the textile industry... We have strong presence in garments sector, textiles, there are lot of scope in that...'', Kulkarni noted.

With electric vehicle being the buzz word, several EV companies have rolled into Tamil Nadu with the state receiving over Rs 20,000 crore investments in this sector. Investments in the electric vehicle two wheeler manufacturing includes the Greaves Cotton factory in Ranipet, Boom Motors near Coimbatore and Ola Electric factory near Hosur among others.

Another industry official said, ''the availability of ecosystem in Tamil Nadu was also one of the key points which added to the state's advantage and TVS Motors investing Rs 1,200 crore in future technologies and electric vehicle was another highlight of the state''.

Tamil Nadu was also a strong player in leather sector. ''The state is very strong in leather and the growth of leather in the 'at-leisure' segment has been strong'', he said, pointing out that some of the investments were already made in the sector in places like Cheyyar, Tindivanam and Bargur.

Puttting behind a forgettable 2020 where the COVID-19 pandemic and related lockdown and other curbs severely dented it, 2021 proved to be a refreshing change for the the real estate sector in the state, as there was a significant drop in the unsold inventory.

The drastic increase in sales was mainly due the sudden change in the mind of home buyers, as people started realizing the importance of owning a house during the pandemic and considered it to be a safest investment option. Unlike any other year, 2021 witnessed a steady drop in the unsold inventories as markets also witnessed an increased interest for secondary home buying, he told PTI in an interaction.

The all-time low home loan interest rates, plethora of unique deals offered by the government and developers, attractive property rates and higher household savings are some of the key factors helped the market move upwards, he said.

The primary reason for buying a home remained a self-use motive, although investment interest surged in particular segments. Given that the entire world was forced to spend an unusual amount of time inside homes, many people had the chance to re-evaluate their purchase behaviour. The RBI decided to keep policy rates unchanged, implying that the low-interest regime on home loans will continue, assisting in the restoration of housing demand, he said.

Sterling Developers Chairman Ramani Sastri said although 2021 had its share of challenges, it also paved the way for the real estate sector to adopt disruptive models to ensure business resilience and agility.

''Reviewing the overall performance of the Indian residential real estate market in 2021 shows a definite upswing. Despite a slow start owing to the pandemic, the market did recover as the year went along due to a boost in the consumer sentiments on the back of favourable government policies'', he said.

On the outlook, he expressed hope that 2022 would be a year with continued steady demand for multi-functional homes.

''There will be continued unique project offerings, and home buyers will have ample choices. Given the confidence built in 2021 post the pandemic and the favourable interest rates for home-buyers, one can expect an uptick in sales in the coming year'', he said.