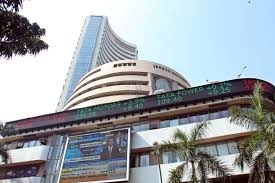 Among early gainers on the Nifty were Bajaj Finance, Dr Reddy’s Labs, Maruti Suzuki, M&M and Axis Bank. HCL Technologies, Infosys, TCS, Tech Mahindra and Wipro were among losers at the opening bell.

Nifty ended higher for the third consecutive day on January 4 even as traders started returning from holidays. At close Nifty was up 1.02 percent or 179.6 points at 17805.3.

Nifty has shown great strength in its recent upmove. Even with traders beginning to return, the upward momentum has not eased. Now Nifty could face resistance in the 17868-17918 band while 17640 could offer support.

Stocks in Asia were mixed Wednesday as investors fret about interest rate increases that dragged down US stocks from a record and as technology stocks in the region came under pressure.

US stocks close at fresh peak

The Dow Jones Industrial Average ended at a fresh peak Tuesday, scoring back-to-back record closes in the first week of 2022, even as the broader market fell under pressure amid newfound selling in government debt that was driving long-term yields higher and interest-rate-sensitive tech shares lower.

The Institute for Supply Management said its US December manufacturing index dropped to an 11-month low of 58.7 percent compared with 61.1 percent in November.

The global supply chain pressures blamed for disrupting the flow of goods and sparking high inflation may have finally peaked, according to a new gauge from the New York Federal Reserve.