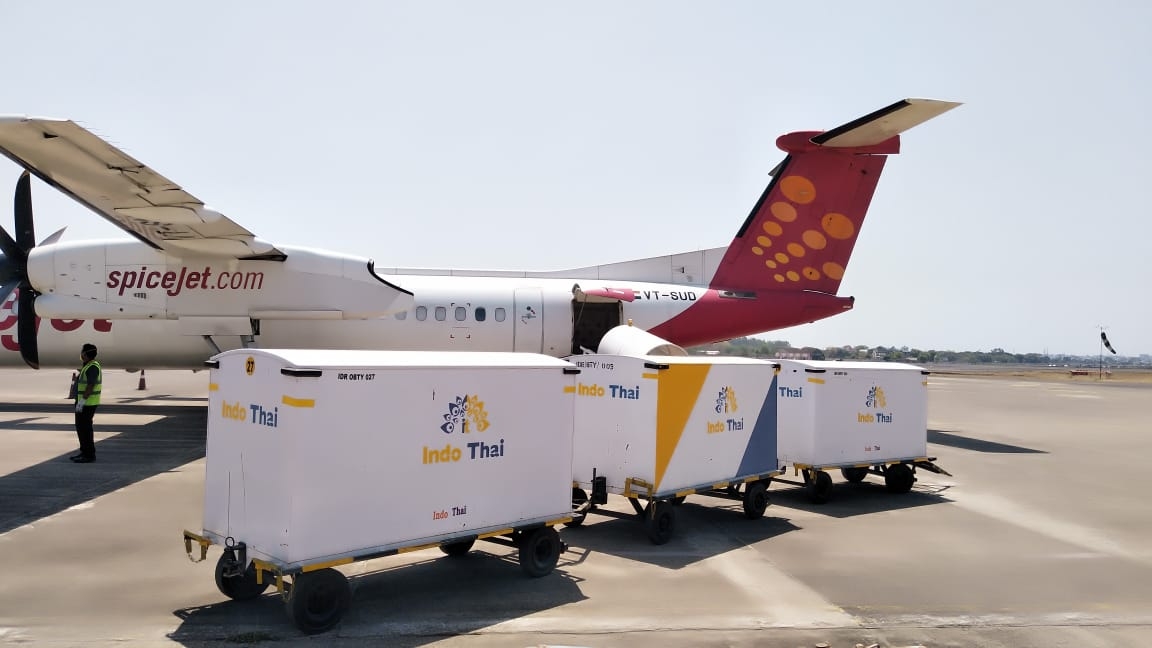 Budget carrier SpiceJet on Friday reported a net loss of Rs 729 crore for the quarter ended June as its flight operations were affected due to the second wave of the pandemic.

It had posted a net loss of Rs 593 crore in the corresponding period of the previous financial year.

The airline's operating revenue stood at Rs 1,266 crore in the first quarter of 2021-22, higher than Rs 705 crore reported in the year-ago period, it said in a statement.

SpiceJet Chairman and Managing Director Ajay Singh said, "The last five quarters have been the most difficult phase ever for SpiceJet as aviation remained the worst-hit sector during the second wave as well." The first quarter was severely impacted by the second wave as passenger traffic almost disappeared, he said.

"While no one can predict the future, with vaccination numbers picking up and demand for air travel increasing steadily, we hope the trend reverses soon.

"I am confident that SpiceJet will recover lost ground quickly as we are continuously ramping up our operations adding new stations and flights and are much better placed than this time last year," he stated.

The logistics arm continued with its strong growth story reporting yet another profitable quarter, he said.

"We are making efforts to further strengthen the logistics business and are hopeful of driving a strong and profitable growth in the times to come," he mentioned.

Last month, the country's largest airline IndiGo declared a net loss of Rs 3,174 crore for the first quarter of 2021-22.

SpiceJet said it continues to incur various costs owing to the grounding and the inability of Boeing 737 Max aircraft to undertake revenue operations over the last two years now.

"SpiceJet continues to engage with Boeing to recover damages on account of expenses incurred by the SpiceJet due to the grounding of the 737 MAX and also engage with aircraft lessors of the grounded MAX aircraft to restructure the present leases," it said.

On March 13, 2019, all Boeing 737 Max planes were grounded in India by the aviation regulator DGCA after the crash of an Ethiopian Airlines 737 Max plane on March 10 near Addis Ababa, wherein 157 people were killed, including four Indians.

SpiceJet then had to ground 12 Max aircraft, forcing it to cancel significant number of flights on that day as well as on March 14, 2019.

Scheduled international flights have been suspended in India since March 23, 2020, due to the coronavirus-triggered lockdown. However, special international passenger flights have been operating in India under the Vande Bharat Mission since May 2020 and under bilateral air bubble arrangements formed between India and other countries since July 2020.