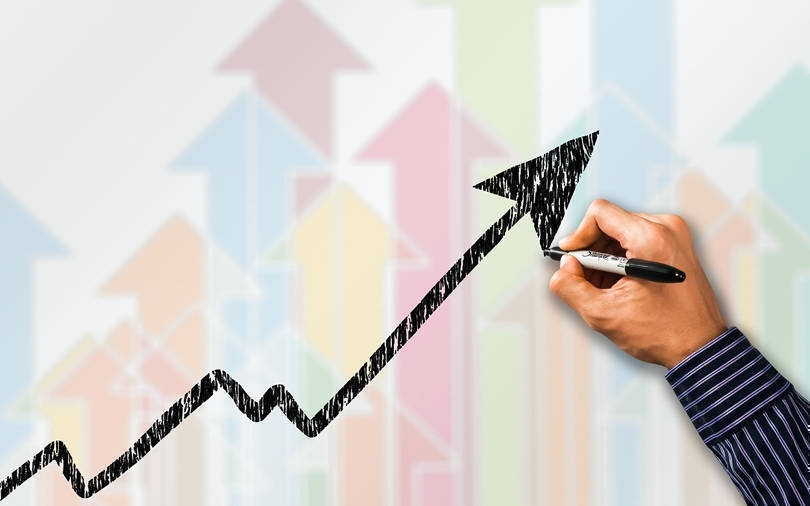 On the sectoral front, the Nifty Metal index was up sharply by 5 percent. Nifty IT, Realty and PSU Banks also leapt more than 1percent while Nifty FMCG, auto and pharma were sluggish during the day. Hindalco, Tata Steel, Bajaj Finserv, and JSW Steel were among the top gainers in Nifty while Maruti, PowerGrid and ITC were the prime laggards.

On the monthly F&O expiry day, the market witnessed a smart pullback rally, although the July series has been volatile with a momentum of nearly 450 points. while the sectoral performance in the current month series was mixed with realty and metal indices gaining over 13 percent, auto and energy indices lost ground and shed nearly 6 percent.

Shrikant Chouhan, Executive Vice President, Equity Technical Research, Kotak Securities Ltd, said, "Technically, for the bulls 20 day SMA or 15,820/ 52,700 would be the key resistance level for the market, while on the flip side, 50 day SMA or 15,650/ 52,200 could be the strong support zone. The texture of the chart suggests that trading below 20 day would increase further weakness, while on the other side uptrend wave could continue up to 15900/53200 if indices succeed to trade above 15,820/ 52,700 levels.

Sumeet Bagadia, Executive Director, Choice Broking, said, "On the technical front, the index has been trading in higher highs and lower lows formation and taken support at lower Bollinger Band formation & 50-days SMA, which suggests a bounce back in the upcoming session. However, the Nifty index is struggling in a range of 15700-15900 and either side breakout will decide the further direction. At present, Nifty is finding resistance around 15960 levels while on the downside, support is intact at 15600 levels.

Deepak Jasani, Head-Retail Research, HDFC Securities, said the Nifty witnessed a small high low range of 80 points on July 29 despite it being a F&O expiry day. "In terms of index, the markets are finding it difficult to breach near term highs. However the broader market continues to do well, boosted partly by Q1FY22 results. Nifty could remain in the 15,701-15,856 band for the next 1-2 sessions."