In a set back to the Centre, the top court rejected its appeal against the February 19 order of the Delhi High Court saying that it has not made out a case of violation of procedural due process in the conduct of the arbitral proceedings.
PTI 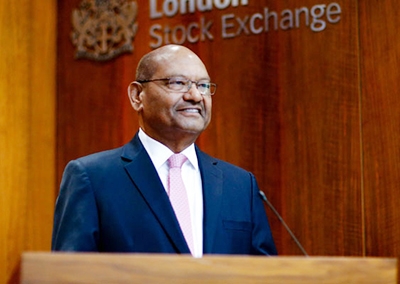 The Supreme Court Wednesday upheld the foreign arbitration tribunal award in favour of Vedanta Ltd (formerly Cairn India Ltd) and Videocon Industries Ltd to recover USD 476 million from the government, instead of USD 198 million capped by it, for developing Ravva oil and gas fields.

In a set back to the Centre, the top court rejected its appeal against the February 19 order of the Delhi High Court saying that it has not made out a case of violation of procedural due process in the conduct of the arbitral proceedings.

A bench of Justices S Abdul Nazeer, Indu Malhotra and Aniruddha Bose said, the Centre has not made out a case as to how the award is in conflict with the basic notions of justice, or in violation of the substantive public policy of India.

"We conclude that the enforcement of the foreign award does not contravene the public policy of India, or that it is contrary to the basic notions of justice," the bench said, while upholding the high court verdict.

The top court vacated the interim orders of status quo on June 17 and July 22 and held that "the award dated January 18, 2011 passed by the tribunal is held to be enforceable in accordance with the provisions of Sections 47 and 49 of the Arbitration & Conciliation Act, 1996".

The bench said the Centre was aggrieved by the interpretation taken by the tribunal with respect to provision of the Production Sharing Contract (PSC) and its other sub-clauses.

"The interpretation of the terms of the PSC lies within the domain of the tribunal. It is not open for the Appellants to impeach the award on merits before the enforcement court. The enforcement court cannot re-assess or re-appreciate the evidence led in the arbitration," the top court said.

Justice Malhotra, who penned the 66-page verdict on behalf of the bench, said that Section 48 of the Arbitration and Conciliation Act, does not provide a de facto appeal on the merits of the award and the enforcement court cannot refuse enforcement by taking a different interpretation of the terms of the contract.

"We feel that the interpretation taken by the tribunal is a plausible view, and the challenge on this ground cannot be sustained, to refuse enforcement of the Award," the bench said.

With regard to the Centre's submission that PSCs are "special contracts" pertaining to the exploration of natural resources, which concerns the public policy of India, the bench said, "we are of the view that the disputes raised by the Claimants emanate from the rights and obligations of the parties under the PSC".

"We feel that the interpretation taken by the tribunal is a plausible view, and the challenge on this ground cannot be sustained, to refuse enforcement of the Award", it said, adding that the Award is not contrary to the fundamental policy of Indian law, or in conflict with the notions of justice.

It said that extension of PSC for ten years, which was initially for 25 years and ended on October 27, 2019, itself reflects that the performance of the obligations under the PSC were not contrary to the interests of India.

The genesis of dispute arises over the recoverability of Base Development Cost (BDC) incurred by Vedanta and others for the development of Ravva oil and gas fields.

It said the claimants were not entitled to more than the Cost Petroleum agreed at USD 198.43 million plus USD 65.95 million (towards exceptions).

The dispute in 2008 was referred to an arbitration tribunal in Malaysia which in 2011 held that the claimants would be entitled to recover the increased amounts, notwithstanding the limit imposed in the PSC.

It said that they were entitled to recover USD 278.87 million from the Cost Petroleum towards Development Costs incurred by them for the period 2000-01 to 2008-09. In 1993, the Government of India had floated a global tender to invite bids for developing the petroleum resources in the Ravva oil and gas fields (lying 10 to 15 kms offshore in the Bay of Bengal).

Videocon International Ltd. and Command Petroleum Holdings NV, the predecessors of the Respondents (Vedanta and Videocon) submitted their bid to develop the Ravva Field along with other bidders.

On October 28, 1994, the PSC was executed between the Government of India and Command Petroleum (India) Pvt Ltd, Ravva Oil (Singapore) Pty. Ltd, Videocon Industries Limited and Oil and Natural Gas Corporation Ltd (ONGC) for development and exploration of the Ravva field.