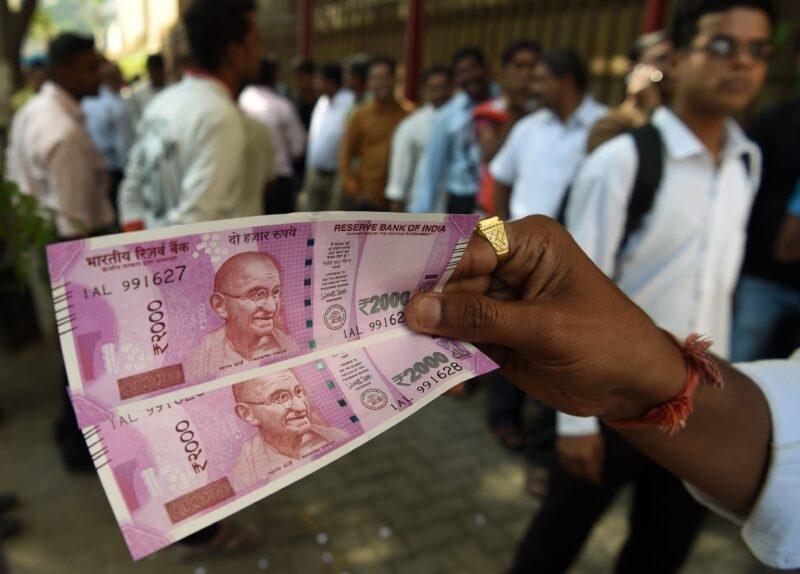 At the interbank foreign exchange market, the rupee opened on a negative note at 74.28 per dollar as against its previous close of 74.14./Representative image |

The Indian rupee on Thursday dropped another 9 paise to mark its lowest closing level in over five weeks at 74.23 against the US currency, amid risk averse sentiments and foreign fund outflows.

At the interbank foreign exchange market, the rupee opened on a negative note at 74.28 per dollar as against its previous close of 74.14.

It hovered in the range of 74.18 to 74.36 per dollar during the day before ending at 74.23 against the American currency – also registering its fifth straight session loss.

The domestic unit has lost 59 paise in the last five trading sessions. On a monthly basis, the rupee fell by 123 paise in September against the greenback.

Parmar further said that the rupee stayed calmer on Thursday, compared to the prior three days, as participants are cautious ahead of the release of month-end economic data. "Trend seems to be bearish for the local unit following safe haven dollar demand and risk-averse tone," he noted.

According to Sriram Iyer, Senior Research Analyst at Reliance Securities, “The Indian rupee ended weak on Thursday tracking the strength of the greenback on rising expectations the Federal Reserve will taper stimulus from November."

Additionally, the rupee also took cues from weak equity which ended weaker this Thursday, he said.

Meanwhile, the dollar index, which gauges the greenback's strength against a basket of six currencies, fell 0.05 per cent to 94.29.

Foreign institutional investors were net sellers in the capital market on Wednesday as they offloaded shares worth Rs 1,896.02 crore, as per exchange data.