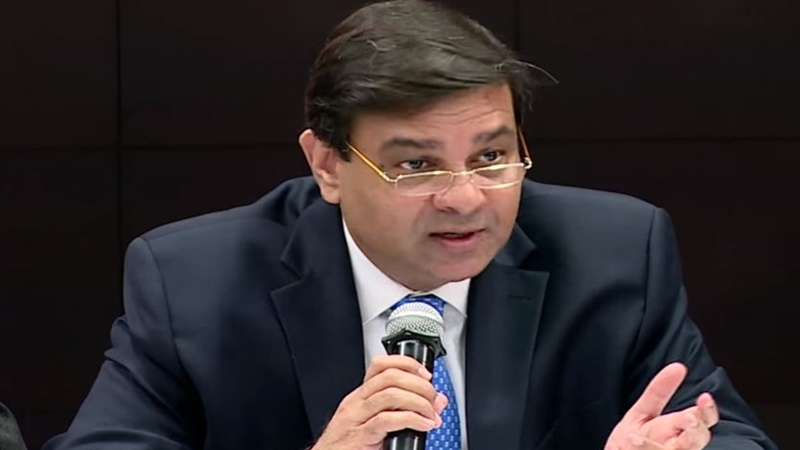 Mumbai: The rupee has fallen more than 14 percent since January, making it the worst performing Asian emerging market currency. But the Reserve Bank of India Governor is unfazed. He kept the interest rates unchanged at a policy meeting on Friday, baffling analysts who had expected a rate increase to fend off inflationary pressures arising from high oil prices.

Even more baffling was RBI Governor Urjit Patel’s comment at a press conference that the rupee’s fall is ‘moderate’ and relatively lower amongst the emerging market currencies. He also insisted the central bank was not targeting any particular level for the rupee.
Soon after the announcement, the rupee breached the 74 mark against the US dollar for the first time ever.

Patel said there was a subtle shift in the policy and there would be calibrated tightening, which essentially means a rate cut is off the table for now. Defending the status quo, he said, “Please recall that we had two rate hikes in the space of two months…we are not bound to increase rates at every meeting because that is not required given our inflation outlook and forecast at this point of time.”

Responding to a pointed question on whether the RBI considered specific measures to stabilise the rupee, Governor Patel reiterated that the mandate of the monetary policy committee was flexible inflation targeting it around the 4% band. He admitted that to the extent that domestic and global financial conditions, including commodity prices, impact inflation and projections, these factors are taken into consideration. Factoring these risks in, the RBI had left the rates unchanged, which in any case were hiked twice earlier in two meetings. But he did not mention the rupee once in the response.

“The RBI’s response to these unsettled conditions has been to ensure that the foreign exchange market remains liquid with no undue volatility. There is no target or band around any particular level of the exchange rate which is determined by market forces of demand and supply.” Patel also underscored the importance of not breaching the fiscal deficit targets by government and hoped government has internalised the same while taking measures like Thursday’s excise duty cut on fuels.

He pointed out that government resolve on meeting the 3.2 per cent fiscal gap was made just days prior to the announcement on excise duty cuts. “So far, we have to take it (government commitment on fiscal deficit) at face value,” he said.