RBI itself had to considerably revise its expected trajectory, increasing it by 120 bps to 5.7 percent for FY 23 in the April policy

One of the very potent tool that a central bank uses is guiding the transmission to markets of its expected policy direction. /RBI Shaktikanta Das/Representative image | File
Advertisement

In a surprising turn of events, RBI / MPC made an intermeeting decision to hike repo rate by 40 bps and CRR by 50 bps. Though since the April policy market has been pricing for a faster normalisation (interest rate swaps had been factoring in front loaded normalisation and cumulative hikes of 275 bps over 2 years), almost no one at all was prepared for an inter-meeting action. The Governor positioned this as a reversal of the intermeeting 40 bps cut undertaken on 22nd May 2020 and thus in keeping with the announced stance of withdrawal of accommodation as per April 2022 policy. 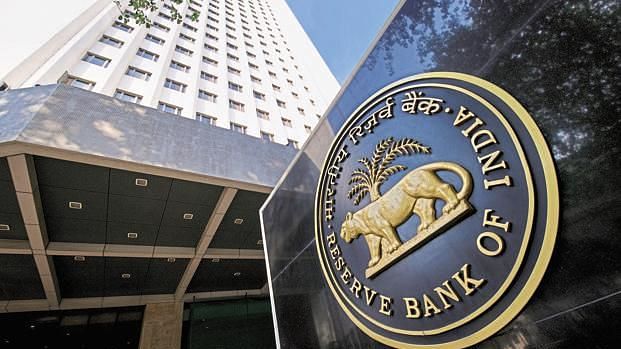 The evolution of RBI assessment since February now constitutes a full about turn. This is somewhat understandable given the extraordinary events that have since transpired. The intense geopolitical escalations have put massive upward pressure on a host of commodities, thereby throwing expected inflation trajectories into chaos.

RBI itself had to considerably revise its expected trajectory, increasing it by 120 bps to 5.7 percent for FY 23 in the April policy. Even this itself was considerably lower (50–100 bps lower) than most private sector forecasts. Since then we have already had one nasty inflation print and concurrent commentary around a host of primary commodities continues to provide little comfort for now. In such a scenario it makes abundant sense for RBI to continue to be proactive in policy normalisation.

It will be recalled that it started over the latter half of last year by suspending outright bond purchases, followed it up with the VRRR tool that set the effective liquidity deployment average rate for banks higher, started to actively and passively pursue balance sheet reduction (largely via forex and some amount of outright bond sale), and then introduced the SDF facility that effectively created a floor for overnight rates 40 bps higher than the reverse repo. These have now been extended with a 40 bps repo rate hike and 50 bps CRR hike.

Given a very different underlying aggregate wage and consumption dynamics as compared with many developed markets, alongside a relatively measured total fiscal and monetary response since the start of the pandemic, this does paint a narrative of a central bank quite in command in terms of actual actions (never mind previous assessment and forward guidance: more on this later) and undeserving of the ‘behind the curve’ tag that many have chased it with. When looked at cumulatively, and backed with now a firm eye on evolving inflation dynamics, RBI actually comes across as a very ‘on-ball’ central bank, especially when measured against some of its developed market counterparts.

Till very recently, the general impression of the central bank’s local macro-economic articulation was of growth momentum slowing and inflation being largely driven by supply side factors. These factors were largely expected to abate thereby leading to a substantial fall off in inflation towards second half of next financial year. Then the Russia -Ukraine war broke out and, with new and intense pressures arising from supply side, the inflation trajectory had to be revised sharply higher thereby robbing RBI of the space it thought it had earlier to continue to support growth. This made it necessary to hasten the process of normalisation as listed above. The fact that this entailed ‘going back’ on previous ‘assurances’ (orderly evolution of yield curve being one) can also be understood since we are now in midst of events that one couldn’t possibly have predicted.

The issue, however, is somewhat different:

One of the very potent tool that a central bank uses is guiding the transmission to markets of its expected policy direction. Thus even before the central bank moves fully in the desired direction, market forces are already doing their work for it since they are forward looking in nature. One example of this is that of the US currently, where market yield curves have already risen in line with a view of terminal Fed funds rate of in excess of 3 percent, even as the said rates are barely off the ground at the time of writing. This has caused the process of tightening of financial conditions to be well and truly underway (US mortgage rates have risen by approximately 225 bps just since the start of this calendar year and there are at least early indications that, alongside the spectacular rise in house prices, this may be starting to weigh on housing demand).

To be fair, the transmission of market rates into lenders’ offered rates is nowhere as seamless in India (lending rates are only being nudged up even as market yields have moved up substantially). Nevertheless, the principle is the same and is at least equally applicable to market interest rates where a sizeable amount of business by economic agents gets conducted.

Now while the normalisation process now undertaken by RBI is fully understandable as discussed above, what is somewhat more perplexing is its somewhat of a disregard to the forward pricing mechanism of the market. Thus even after discounting 275 bps of cumulative rate hikes over two years, swap yields have nevertheless risen another 50 – 60 bps today. Thus the market is now expecting the terminal effective overnight rate in next 2 years to be either 1> around 7% or more, or 2> or if lower then much faster rate hikes over the next one year.

This leads us to one of two possible conclusions:

It is then an issue of monetary policy being called upon to do active and substantial demand management, and not just addressing the possible second round effects from what is inherently a supply side shock in an otherwise a relatively ‘well behaved’ demand environment.

Staying on the subject, if there is relative sensitivity to market pricing then one cannot help but count some misses in communication as well. For one, introducing this very unwieldy concept of ‘real’ policy rates has further fed the market’s forward discounting panic.

In a supply shock environment, headline inflation is bound to go up as is the case now. In a market where inflation expectations don’t get actively traded and thus one has to only rely on surveyed expectations, it becomes quite difficult to communicate consistently using this tool. Thus it has been variously understood as policy rates above 4 percent (mid-point of target) from the dovish crowd (thinning out by the minute, admittedly) to rates above 1-year forecasted inflation (anywhere 5.7 percent onwards).