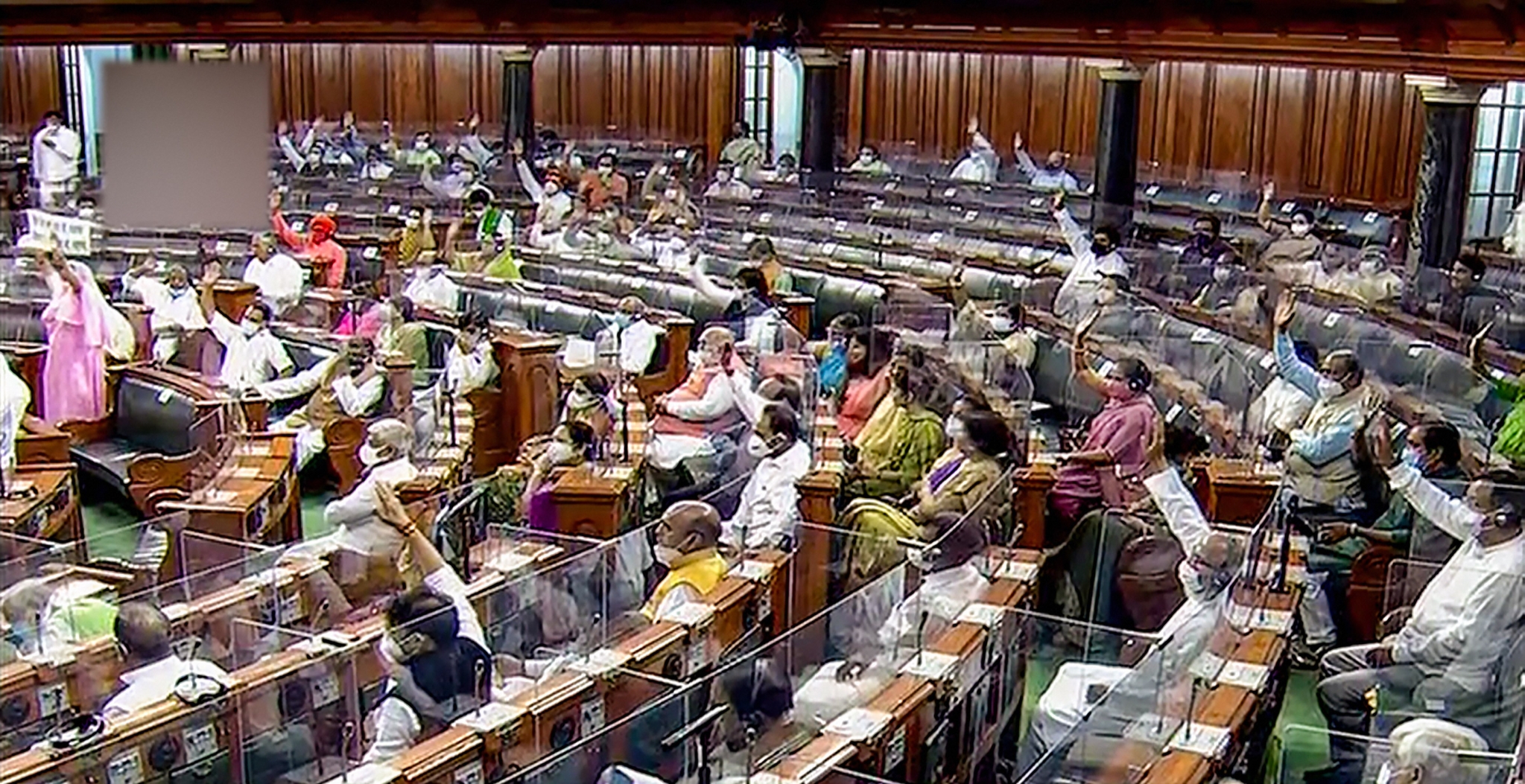 The amendment bill, passed by the Lok Sabha last week, will enable the government to withdraw all tax demands made on companies like Cairn Energy and Vodafone using a 2012 legislation on indirect transfer of Indian assets prior to May 28, 2012/ Representational image | PTI

Parliament on Monday cleared a bill to burry the ghost of retrospective taxation which had created "discontent" among foreign investors even as Finance Minister Nirmala Sitharaman assured the Rajya Sabha that the legislation does not dilute the sovereign right of India to levy taxes.

The Rajya Sabha returned The Taxation Laws (Amendment) Bill, 2021 after a brief discussion. Opposition parties, Congress, DMK and TMC had walked out of the House to protest against listing of the bill in the supplementary business circulated just hours before the House took it up.

The amendment bill, passed by the Lok Sabha last week, will enable the government to withdraw all tax demands made on companies like Cairn Energy and Vodafone using a 2012 legislation on indirect transfer of Indian assets prior to May 28, 2012.

The 2012 legislation, commonly referred to as the retrospective tax law, was enacted after the Supreme Court in January that year rejected proceedings brought by tax authorities against Vodafone International Holdings BV for its failure to deduct withholding tax from $11.1 billion paid to Hutchison Telecommunications in 2007 for buying out its 67 per cent stake in a wholly-owned Cayman Island incorporated subsidiary that indirectly held interests in Vodafone India Ltd.

The Finance Act 2012, which amended various provisions of the Income Tax Act, 1961 with retrospective effect, contained provisions intended to tax any gain on transfer of shares in a non-Indian company, which derives substantial value from underlying Indian assets, such as Vodafone's transaction with Hutchison in 2007 or the internal reorganisation of the India business that Cairn Energy did in 2006-07 before listing it on local bourses.

Using that law, tax authorities in January 2013 slapped Vodafone with a tax demand of Rs 14,200 crore, including principal tax of Rs 7,990 crore and interest. This was in February 2016 updated to Rs 22,100 crore plus interest.

Replying on the debate, Finance Minister Nirmala Sitharaman said, "This (bill) is appealing enough and putting an end to this ghost which we have been carrying all these while from 2012." She stressed that the government has a right to tax, "but to apply it in retrospective has created a lot of discontentment".

"I seek support of the House to make India look very clear, transparent and fair taxation land. ...this whole thing about retrospective amendment bill, which was brought in, since then we were bearing the negativity of this all over the world." The minister also told the House the bill provides for no payment of interest on refunds made under this and the parties seeking relief would not pursue further appeals or litigation in these cases.

Seeking support of the House for the legislation, Sitharaman assured the Rajya Sabha: "We continue to have the sovereign right intact. That is not getting diluted. This is just a right decision which had to be taken years ago". The minsiter said the government waited for the decision of arbitrations before bringing in the amendment.

She further stressed that any correction in retrospective taxation "should be through Indian laws and not through any of the court outside".

While introducing the bill in the Rajya Sabha, Sitharaman also took a jibe on the Congress party saying it takes different positions in Parliament and outside on the same issue.

While there was no substantial amount involved in the Vodafone case, in the case of Cairn Energy, the tribunal had asked the Indian government to return the value of the shares it had seized and sold, tax refund withheld and dividend confiscated to enforce the retrospective tax demand.

With the government refusing to honour the award, Cairn Energy Plc moved a court in the US to seize assets of Air India. It got an order from a French court to freeze 20 Indian properties in Paris to recover $1.2 billion-plus interest and penalties.

The move clubbed India with nations such as Pakistan and Venezuela that have faced similar actions by entities seeking enforcement of awards.

Finance Secretary T V Somanathan said a total of Rs 8,100 crore was collected using the retrospective tax legislation. Of this, Rs 7,900 crore was from Cairn Energy alone. This money will be repaid.

As much as Rs 1.10 lakh crore in retro taxes was sought from 17 entities that were levied taxes using the 2012 legislation. Of these, major recoveries were made only from Cairn.