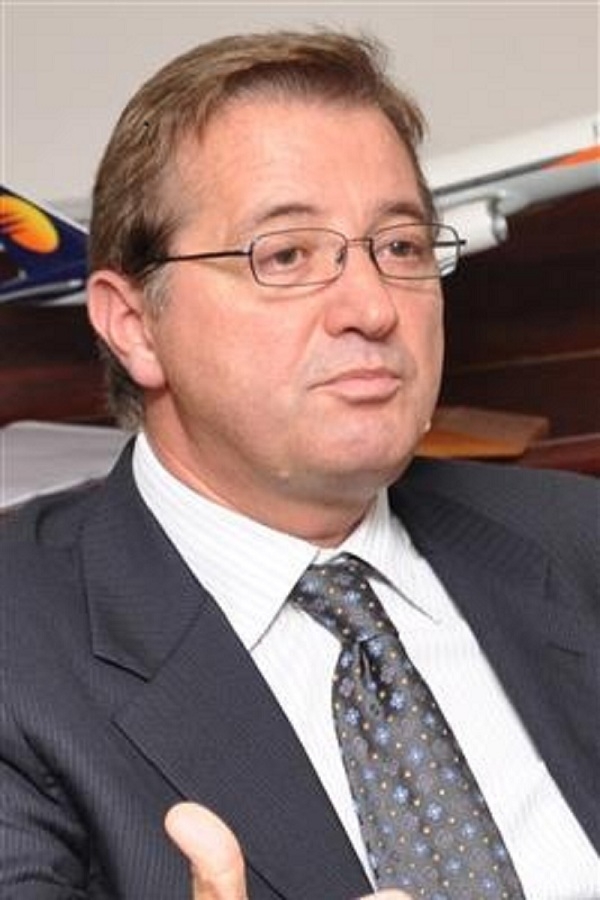 Mumbai: Nikos Kardassis, the former CEO of Jet Airways, who made a comeback to the carrier in an advisory role and was tasked to turnaround the cash-strapped airline, has once again parted ways with it, a source said. The Greek-American aviation veteran in his third comeback to the Naresh Goyal-controlled Jet Airways in May this year was roped in to revive the fortunes of the full-service carrier following its dismal financial performance since January this year.

“Kardassis, whom Goyal roped in to help him in the airline’s turnaround plan, had gone on leave to his native place in November but after that he did not return,” said a source privy to the development. The former chief executive parted ways with the airline after Goyal initiated discussions with his investment partner Etihad Airways for further stake sale to garner funds, said another source.

Jet Airways did not respond to queries on the issue. Amid persisting financial turbulence, the airline has been implementing a turnaround plan, which includes both cost saving and revenue enhancement. With three back-to-back quarterly losses and a net debt of Rs 8,052 crore as on September 30, the airline is also working on ways to raise funds and reduce costs.

The UAE national carrier Etihad Airways holds a 24 per cent stake in Jet Airways, which it acquired in 2013. “Kardassis had in 2013 also quit the airline as its chief executive officer as he was largely kept out of discussions on the deal with Etihad at that time,” said the source close to the development.

Goyal had brought Kardassis on board to help him and the senior management on cost-saving and productivity improvements, in the aftermath of Rs 636.45 crore loss in FY18, with March quarter loss alone of a massive Rs 1,036 crore.
Jet Airways top-level executives led by Kardassis will spend 80 per cent of their time focusing on revenue management, among others, Goyal had told shareholders while making public his re-entry in the airline’s annual general meeting in Mumbai in early August.

Kardassis served Jet Airways as its CEO in two stints spanning over 14 years — the first stint being between 1994 and 1999.
He returned to the carrier again in 2008, first as head of North American operations and adviser to the board before assuming the top position once again in 2009 and remained at the helm till 2013.

Last month, Jet Airways chief executive officer Vinay Dube had said the airline was in active discussions with various investors to secure sustainable financing.  As part of this, besides its on-going negotiations with Etihad, the airline also had “preliminary” level discussions with the Tata group in the recent past.

In another development, country’s largest lender SBI has ordered for a “forensic” audit of Jet Airways books between April 2014 and March 2018 for alleged financial irregularities. The forensic audit is being carried out by EY. At the same time, credit rating agency Icra has downgraded Jet Airways’ long-term rating to “C” from “B” on account of delays in the implementation of the proposed fund raising initiatives and consequently aggravating further its liquidity (crisis).