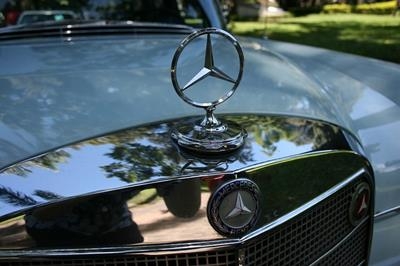 Luxury carmakers Mercedes-Benz India and Audi India expect sales to bounce back in the upcoming festive season as they look forward to gradual improvement in overall business environment over the next few months.

"We are confident of customer demand gradually coming back by the festive season as this is the time customers want to celebrate and that in-turn drives sentiment. Our month-on-month sales trend signals towards that revival of sentiments," Mercedes-Benz India Managing Director and CEO Martin Schwenk told PTI.

The company has taken a host of initiatives to boost customer sentiment and to bring back the confidence required, he added.

"We are aiming to reach similar levels like previous years, though it will not be an easy task," Schwenk said when asked about sales expectations this festive season.

Similary, Audi India Head Balbir Singh Dhillon said that traditionally the festive season has been a strong sales period for the auto industry.

While customer sentiment has been low during the lockdown, the silver lining is the pent-up demand that could materialise into sales over a period, he noted.

"We are seeing positive customer sentiment in the luxury car market and anticipate it to become even stronger with the upcoming festive season," Dhillon said.

The company's recently launched products -- A6, A8 L, Q8 and RS 7 Sportback -- would help in mustering new customers, he added.

"Adding to this cheer will be our upcoming cracking launches, before and during the festive season, including the Audi RS Q8 amongst others," Dhillon said.

The company also anticipates its pre-owned car business to further pick up steam during the festive period.

"The company's pre-owned car business has seen growth in 2019 and we expect strong demand to continue in 2020," Dhillon said.

When asked which markets were doing better for the brand, Schwenk said, "We have seen that irrespective of the market category, wherever stability and normalcy has been restored and business is back, we have seen positive movement and sentiments developing." The revival of sentiments has been across metros and smaller markets, he added.

When asked how smaller cities and towns were performing for Audi, Dhillon said, "Our sales in tier-II and III cities are growing gradually and we expect it to pick up further during the festive season and through 2021." The company continues to expand its footprint in tier-II and tier-III cities as these regions exhibit rising aspirations to own luxury cars, he added.

"The contribution to volume is increasing steadily in these cities. We also see a positive trend of customers in these cities who have an appetite for performance and lifestyle cars with new body styles," he added.

The company's digital initiatives are also taking it closer to the customers in smaller towns, Dhillon said.

The automaker has taken digital experience to the living rooms of its customers and is giving them the flexibility to purchase their preferred Audi car, he said.

Commenting on the overall dynamics of the segment, Deloitte India, Partner and Leader Automotive, Rajeev Singh said the luxury car market in India has so far seen a very slow start given the transition from BS-IV (Bharat Stage-IV) to BS-VI emission standards, followed by the pandemic and lockdown across major cities.

"However, we expect a pent-up demand around the festive season carried over till the new year," he noted.

Most of the luxury car players have also strengthened their online channels keeping in mind the pent-up demand and have also come out with innovative ownership/payment options to attract customers, Singh said.

"While the overall luxury car market is likely to be flat to minus 5 per cent in FY20-21, it's better than the outlook for the overall passenger vehicle (PV) industry, which is likely to see a de-growth of 15 to 20 per cent," he added.