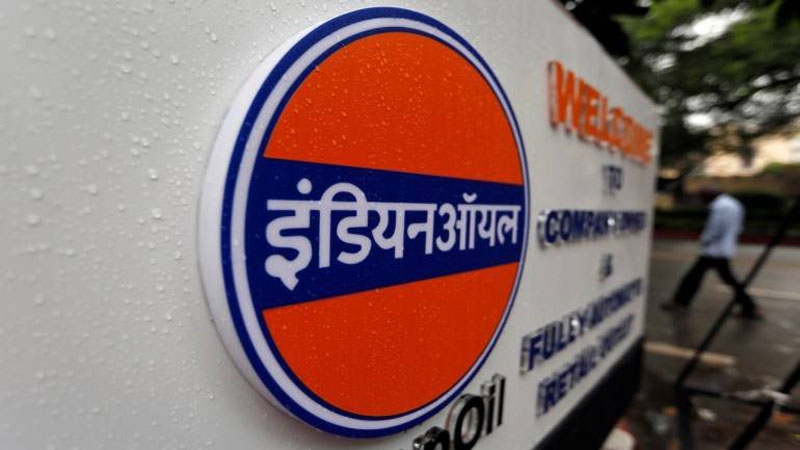 New Delhi : Indian Oil Corporation (IOC), the country’s largest refiner, doesn’t see much room for cutting oil inventories to deal with the double whammy of a jump in global oil prices and weakness in the rupee, the company’s Director (Refineries) BV Rama Gopal said on Wednesday.

The company has deferred taking deliveries of a couple of cargoes of imported crude oil by a few days to fine-tune and better manage its inventories. However, Rama Gopal said it was a “very short term” measure as frequent deferrals of import cargoes were not sustainable.

He said that IOC currently has oil inventory of five to seven days and there is hardly any room to reduce it further. India is heavily dependent on imported oil and meets over 80 per cent of its crude oil demand through imports. Since oil prices are dollar-denominated, a surge in global prices along with a fall in the rupee have led to ballooning of the country’s import bill and also pose a challenge for the government to keep current account deficit in check.

On Monday, it was reported that Indian public sector refiners were considering temporarily deferring taking some deliveries of imported crude as a short-term measure.

Rama Gopal did not elaborate further on the deferral of crude cargoes. Since India depends primarily on imported crude oil, deferrals of import cargoes on a regular basis would lead to shortage of crude at refineries in the country. On US sanctions on Iran, Rama Gopal said that Indian Oil was adopting a “wait-and-watch approach” and any decision would be taken after Nov 4, when the sanctions of Iranian oil and gas sector come into effect.

The US wants all countries buying oil from Iran to completely stop buy Iranian crude from Nov 4.

As per reports, Indian refiners have heavily reduced oil imports from Iran and they may not buy any Iranian oil in November. India, which meets over 80 per cent of its crude oil needs through imports, is the second-largest buyer of Iranian oil after China.

Among Indian refiners, Indian Oil, Mangalore Refinery and Petrochemicals, and Nayara Energy are the biggest buyers of Iranian crude. It is not clear if the US would be willing to give any waivers, and companies importing oil from Iran may be at risk of attracting secondary sanctions.

The decision to source crude oil from Iran in the future is not just about export sanctions but also about payment channels.

If banking channels are not available due to the sanctions, making payments would become an issue.

However, the risk of US sanctions on Indian refiners is something that the government wants to avoid, and Indian refiners have been told to ensure oil supply is not disrupted in any eventuality.

Indian Oil Chairman Sanjiv Singh had said in August that the company will follow the government’s decision on the issue.

Speaking about the country’s energy mix, he said gas is expected to substantially eat into diesel’s market share in the transportation sector in the next five to seven years.

The government wants to increase the share of gas in India’s energy mix to 15 per cent from the current 6 per cent over the next few years. Encouraging use of natural gas as a transportation fuel and a cooking medium is a major part of the government’s strategy to turn India into a gas-based economy.

Despite the likely rise in use of renewable energy, use of petroleum fuels, petroleum products, and natural gas will continue to grow in India for a long time to come, Rama Gopal said.

He expects the country’s refining capacity to rise 77 per cent to 439 mtpa by 2030 from the current 248 mtpa to meet the rising demand for petroleum fuels, petrochemicals and other petroleum products.

MUMBAI: Indian Oil Corp, and Oil and Natural Gas Corp are in talks to buy 25 per cent stake in GSPC LNG that owns upcoming 5 million tonne per annum liquefied natural gas terminal at Mundra in Gujarat, a source in the know of the development said. “We want a third partner in the company once the terminal is operational…We are already in talks with IOC and ONGC,” the source said, adding that the terminal is likely to be commissioned by the end of October.  GSPC LNG is currently owned by the Gujarat government, Gujarat State Petroleum Corp, Adani Enterprises and few other state-owned entities.

According to its vision document, state government-owned entities and the Gujarat government will eventually hold half the equity with the rest to be equally held by Adani Enterprises and a strategic or financial investor.

IOC is already in talks for booking some part of the terminal’s capacity, the source said.

The company has still not decided on sourcing of gas. “We are yet to finalise the tenders,” said the source.

New Delhi: State-owned Oil and Natural Gas Corp (ONGC) has sought an exemption from a buyback of shares proposed by the government as the company wants to deploy resources to boost its declining oil output, the company’s Chairman Shashi Shanker told reporters here on Wednesday. Earlier, it was reported that the government wants ONGC to do a share buyback to help the government meet its Rs 80,000 crore divestment target for 2018-19 (Apr-Mar). The report said the proposed buyback could be about $1-bln in size. ONGC, which used to be a cash-rich company on a standalone basis, currently has a debt of around Rs 14,000 crore following its acquisition of the government’s 51.1 per cent stake in refiner Hindustan Petroleum Corp Ltd.

ONGC’s crude oil production has been falling due to ageing fields and the government has been pushing the company to boost output.

The company has a capital expenditure plan of Rs 32,077 crore for the current financial year.