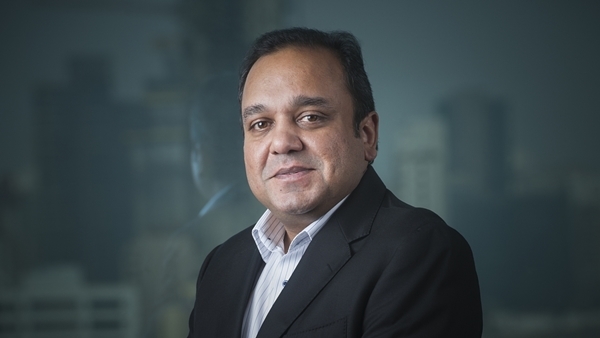 In the continuing battle between the promoter family and Invesco, ZEEL said its Managing Director and CEO Punit Goenka has informed its board about a proposal made by Invesco about the merger. |

Invesco,Zee Entertainment Ltd's (ZEEL) single largest shareholder had itself come with a proposal in February this year for a merger of the company with certain entities owned by a large Indian group (Strategic Group) with inflated valuation "by at least Rs 10,000 crore".

Stating this, ZEEL said its Managing Director and CEO Punit Goenka had informed its board about a proposal made by Invesco regarding the merger, under which Strategic Group would hold majority stake but he was offered to be appointed as MD and CEO of the merged entity besides offering 4 per cent stake.

In a regulatory filing, ZEEL alleged that Invesco's stance in their open letter that they "will firmly oppose any strategic deal structure that unfairly rewards select shareholders, such as the promoter family, at the expense of ordinary shareholders" runs contrary to the very deal Invesco was proposing itself a few months ago.

"Accordingly, public securities markets have been misinformed by Invesco," it said.

Comments from Invesco could not be immediately obtained.

Without naming the group, Zee Entertainment said a deal was presented by representatives of Invesco, to Goenka in February 2021, involving the merger of the company and certain entities owned by a large Indian group (Strategic Group).

"As per the deal presented to Goenka, upon completion of the aforesaid merger, the Strategic Group would have held a majority stake in the merged entity (the Merged Entity) and Punit Goenka would have been appointed as the MD and CEO of the merged entity,” said ZEEL.

Moreover, the promoter group Subhash chandra family was offered 3.99 per cent shareholding of the merged Entity, with no dilution in the existing stake.

In addition to that, Goenka was further offered employee stock options (ESOPs) with no vesting conditions), representing approximately 4 per cent of the shareholding of the Merged Entity.

"Accordingly, the existing promoter group of the company along with Goenka would have held up to 7-8 per cent in the merged entity," said ZEEL.

While sharing the details of the Invesco’s proposal, the board said the deal was first presented to Goenka over a call scheduled on February 23, 2021, Aroon Balani and Bhavtosh Vajpayee.

As per the terms and condition, on completion of the merger, the strategic group would hold majority stake of the merged entity.

"The shares of the company were valued at Rs 220 per share, with total valuation of the public shareholding of the company as Rs 21,129 crore; the value of entities owned by the strategic group was considered at Rs 17,500 crore,” it said.

"I was to continue as the MD and CEO of the merged entity," said Goenka in the note to the board of ZEEL.

According to Goenka, he expressed surprise at the deal being communicated to him by a public shareholder of the company, without any prior involvement of the management or the board of the company.

According to ZEEL, this is contrary to the claims made by Invesco, which had on Monday in an open letter opposed the scheme of merger of the company with Sony Picture Network and had said that allotment of additional 2 per cent equity of the merged entity to the founding family via a non-compete that seems entirely unjustified.

The board of ZEEL in its meeting held on Tuesday has again demonstrated their continued faith in Goenka''s leadership and the board''s handling of the various governance related matters.

It further said that Invesco has itself voted in favour of the reappointment of Goenka as the MD & CEO of the company, as recently as September 2020.

On Monday, Invesco in an open letter to ZEEL shareholders had joined it in asking why the founding family, which holds under 4 per cent stake, should benefit at the expense of the investors who hold the remaining 96 per cent.

Raising questions over the recently announced merger of Zee with Sony Pictures, Invesco had said the announcement to "gift additional 2 per cent equity to the founding family via a non-compete that seems entirely unjustified, while also providing a pathway for the founding family to raise its stake from 4 per cent to 20 per cent via methods that remain wholly opaque".

The investment firm also expressed its resolve to pursue extraordinary general meetings (EGM) to "hold the board and management accountable and effect necessary change at Zee".

"Zee needs a demarcation between the promoter family and the institution. Its board needs to be strengthened with independent directors who take their jobs seriously,” Invesco had said.

Promoter Subash Chandra family presently holds around 4 per cent share in Zee Entertainment Enterprises Ltd and as per the merger announced with the Sony Picture Networks India (SPNI), it would be reduced to 2 per cent in the merged entity.

However, ZEEL promoters to get 2 per cent additional stake in merged entity for non-compete clause taking it back again to 4 per cent, which could be later extended up to 20 per cent.

Goenka would also lead the merged entity as the Managing Director for five years.

Over the proposed merger with SPNI, the minority shareholder said strategic alignments are welcome but must be fair to all shareholders.

"Any transaction will be evaluated in a constructive spirit if and when full details are made available," it said.

Invesco along with OFI Global China Fund LLC hold a 17.88 per cent stake in ZEEL, and has been pressing for an Extraordinary General Meeting (EGM) to discuss various issues, including the removal of MD Goenka and appoint its nominees of the board of the company.