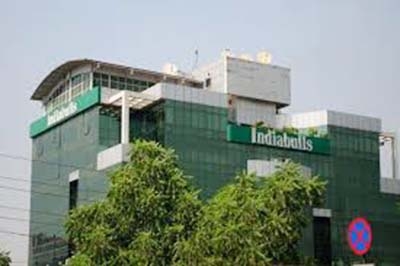 New Delhi: The Ministry of Corporate Affairs (MCA) on Thursday told the Delhi High Court that it has received various complaints against the Indiabulls Group of companies and some of them are being inspected.

The ministry, in an affidavit placed before a bench of Chief Justice D N Patel and Justice C Hari Shankar, has said the inspections with regard to Indiabulls Venture Ltd (IBVL), Indiabulls Housing Finance Ltd (IBHFL) and Indiabulls Real Estates Ltd (IBREL) are underway.

The ministry's affidavit was filed in response to a PIL by an NGO, Citizens Whistle Blower Forum, alleging financial irregularities by IBHFL.

Subsequent to issuance of notices to the Centre and IBHFL in the matter, the company moved an application alleging that the NGO and one of its members -- advocate Prashant Bhushan -- have made false statements in the PIL.

It also moved a separate application seeking recall of the notice claiming that everyday the matter was pending, it was suffering huge financial losses as its share value was dipping day-by-day.

The court on Thursday listed the main petition and the company's applications for hearing on November 29 after both sides agreed to an early date.

Senior advocate Mukul Rohatgi, appearing for Indiabulls, argued during the brief hearing that there was no cheating case against it, but the NGO was making false allegations of financial irregularities against the company.

As a result of the petition, Indiabulls' proposed merger with Laxmi Vilas Bank was cancelled by the RBI, he said.

Senior advocate Dushyant Dave, appearing for the NGO, said that according to some well known credit rating agencies, non-banking financial institutions like Indiabulls need to be monitored by the government to protect the Indian financial sector.

He said the examples of Nirav Modi and Vijay Mallya indicate how huge amounts of public money have been lost.

In its applications, Indiabulls has alleged that the PIL has "lifted portions" of a petition moved against the company in the Supreme Court that was later withdrawn.

It has contended that none of the borrowers had invested or loaned funds to IBHFL group chairman Sameer Gehlaut or any of his companies as alleged by the NGO.

According to the PIL, monies loaned by Indiabulls to various companies were routed back to its promoters through other entities.

The NGO, whose members also include former Delhi High Court chief justice A P Shah, former chief of naval staff Admiral L Ramdas and former IAS officer Aruna Roy, has sought a direction to the MCA to order an investigation by the Serious Fraud Investigation Office into the alleged irregularities by Indiabulls.

The petition has also sought a direction to the RBI and the National Housing Bank (NHB) to investigate the financial affairs of IBHFL and to direct a special audit of the company.

IBHFL has contended that the NGO was making allegations against it without doing proper research and was relying on a letter written by BJP leader Subramanian Swamy to Prime Minister Narendra Modi accusing Indiabulls of misappropriation of funds.

Swamy has publicly released the letter he sent to Modi in June, accusing Indiabulls of embezzling Rs 1 lakh crore from the NHB.

Indiabulls has opposed the plea saying it was a "malicious" and "mala fide" petition which was causing loss to its business and reputation.