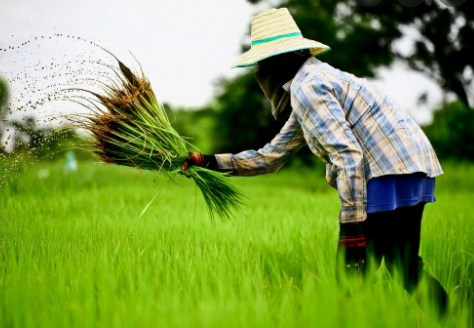 The Indian government has launched various schemes such as PM KISAN Yojna for income support for farmers, safe shelter scheme PM Awas Yojana, and more in the past seven years/ Representative image | |

Economic Affairs Secretary Ajay Seth on Monday said the India is heading towards an economic bounce back contributed by various government reforms in the last seven years under Prime Minister Narendra Modi's leadership. Notwithstanding the pandemic, he said, the government continued with the reform process and many strategic reforms were announced even during Covid-19.

"During the pandemic period of the past 18 months, it was not just the management of the impact of the pandemic, starting from a health crisis spilling over to the real economy and thereafter some impact onto the financial sector. Managing each of those, but with very strong emphasis on stepping up the reforms, so that the economy can bounce back with a fast growth rate, and also the potential growth rate can be built," he said.

"The country is on the path of recovery," he said in a virtual event organised by industry body Ficci. Talking about one of the challenges, Seth said, the credit offtake has moderated in the last 18 months due to pandemic.

"There are challenges that in the past 18 months because of the lack of private investment demand, the credit offtake has been rather moderate. That''s an area where further work is needed," he said.

The focus of the government is on inclusive development, he said adding that the government has launched various schemes targeted to support persons, entities with weak economic capacities, not just in the pandemic period, but in the past seven years.

He spelled out some of the schemes the government has launched like the PM KISAN Yojna for income support for farmers, safe shelter scheme PM Awas Yojana, safe drinking water through Jal Jeevan Mission and electricity for all, etc.

With regard to financial sector reforms, he said the introduction of Insolvency and Bankruptcy Code has led to resolution of Rs 2.4 lakh crore of stressed assets, while FDI and FPI liberalisation has bolstered the confidence of foreign investors in the Indian economy.

On the infrastructure development, the secretary said the two major plans --National Infrastructure Pipeline envisaging Rs 111 lakh crore of investment, supplemented by National Monetisation Plan to the extent of about Rs 6 lakh crore -- have been announced.

These coupled with a Gatishakti vision of the Prime Minister would lead to seamless movement of goods and services and generation of employment opportunities in the entire country, he said.

"That is one area where we are particularly working on in the finance ministry with other ministries and state governments (as to) how do we implement on the ground these two major plans in the overall vision of Gatishakti," he said.