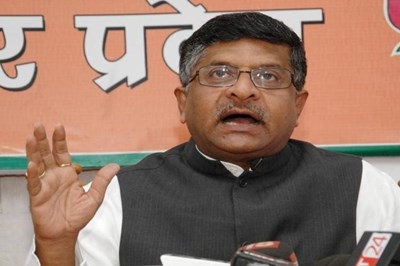 New Delhi: The Centre has earmarked Rs 498 crore as financial incentive to companies for setting up call centres under a new BPO scheme, which is expected to create around 1.5 lakh jobs directly. “A BPO empowers area where it is opened. There are lot of international and domestic work that can be done at BPOs in India. Incentive is for total of 48,000 seats across will be given on per seat basis,” Telecom Minister Ravi Shankar Prasad said in a meeting with state IT ministers and Principal Secretaries.

He said that 60 per cent of BPO workforce in the country comes from below tier 1 city and it will be convenient for such youth if they get job close to their home. Government will float Expression of Interest under theBPO scheme after state governments submit their inputs, the Minister informed. The Minister said that IT sector’s profile is limited to only a few cities, which should be spread across small towns in the country. The duration of scheme is till March 31, 2017.

“The total scheme outlay is of Rs 498 crore. Out of this Rs 10 crore is earmarked for creating awareness andpublicity,” IT Secretary R S Sharma said. “It will create 1,46,400 lakh jobs directly. Broadly, it is estimated to benefit close to 5 lakh people,” he added. He said that government will give 50 per cent of capital expenditure incurred or 1 lakh per seat whichever is less. “We will divide 48,000 seats across states in ratio of their census population,” Sharma said. He said that while funding will be given by central government but state government will have to play an important role in providing assistance to these BPOs.

“State government departments can outsource their work to call centre to help them,” Sharma said. The Telecom Minister said that the scheme is part of government’s digital inclusion programme. “Some NGOs are running BPOs without government support. Why can’t we do it at national level? Big e-commerce companies are eagerly waiting for start of this scheme,” Prasad said.