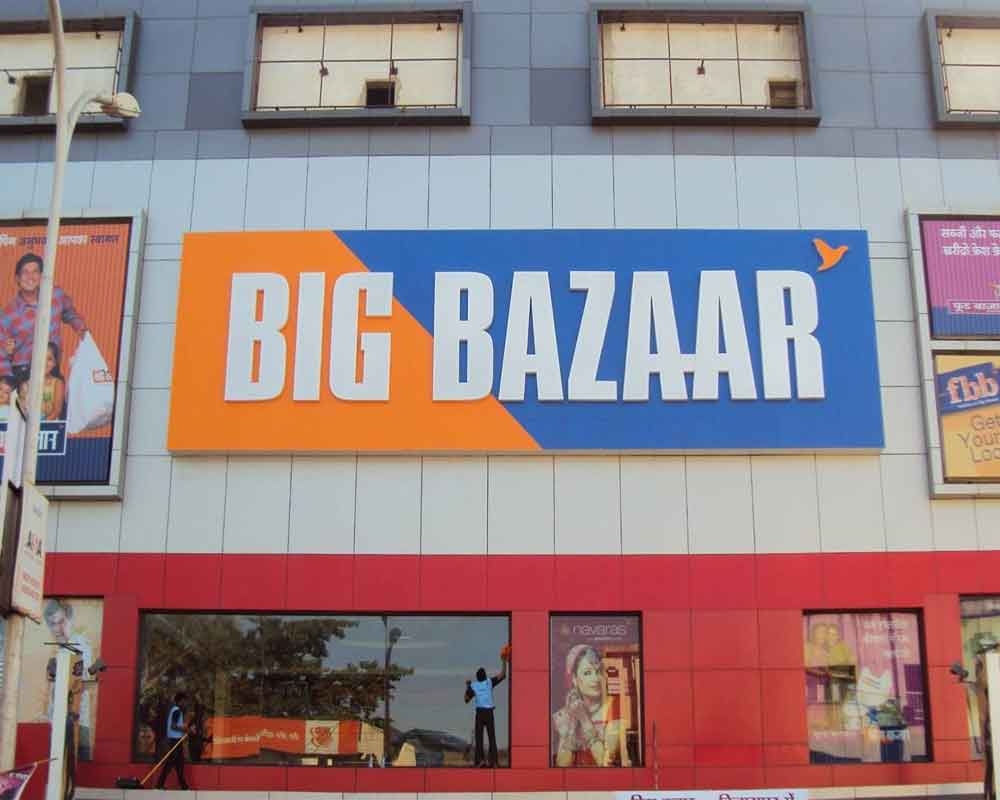 Future Retail said the Tribunal has made ''no final and binding finding on the effectiveness of the substantive provisions contained in the three agreements''./Big Bazaar | Twitter

Future Retail is a party to the ongoing arbitration between Amazon and Future group in the dispute over sale of Future Group's assets to Reliance Retail, according to a regulatory filing.

Amazon, which is trying to block Future's Rs 24,713 crore sale of its retail, wholesale, logistics and warehousing assets to Reliance Industries' retail arm, has alleged that the Reliance Retail Ventures Ltd (RRVL)-Future deal breaches its own pact of 2019 with the Kishore Biyani-led company.

Future Retail Ltd (FRL), in a late-night regulatory filing on Wednesday, said it is in receipt of a partial award dated October 20, 2021 from the Singapore International Arbitration Centre (SIAC), dismissing the jurisdictional objection application filed by the company.

Future had contended before the SIAC that it should be excluded from arbitration proceedings because it is not a party to the dispute between its promoter Future Coupons Pvt Ltd (FCPL) and Amazon.

FRL said the Tribunal has made ''no final and binding finding on the effectiveness of the substantive provisions contained in the three agreements''.

It added that the company would be deciding on its future course of action based on the legal advice and available remedies in law.

In August last year, Reliance Retail Ventures Ltd had said it will acquire the retail and wholesale business, and the logistics and warehousing business of Future Group for Rs 24,713 crore.

The deal has been contested by Amazon, an investor in FCPL that in turn is a shareholder in FRL.

In August 2019, Amazon had agreed to purchase 49 per cent of one of Future's unlisted firm, Future Coupons Pvt Ltd (which owns 7.3 per cent equity in BSE-listed Future Retail through convertible warrants), with the right to buy into the flagship Future Retail after a period of 3 to 10 years.

After Future's deal with RRVL in August last year, Amazon had dragged Future into arbitration at SIAC.

In October 2020, an interim award was passed by the Emergency Arbitrator (EA) in favour of the US e-commerce major that barred FRL from taking any step to dispose of or encumber its assets or issuing any securities to secure any funding from a restricted party.

Amazon and Future have also filed litigations in Indian courts, including the Supreme Court, on the issue.

The apex court had recently ruled in favour of Amazon by holding that the EA award was valid and enforceable under Indian laws.

Meanwhile, in a separate filing on Wednesday night, FRL said it has received an intimation from the legal team of Amazon about an interim application filed before the Supreme Court of India, to stay the order passed by the Mumbai Bench of the National Company Law Tribunal.

Amazon has also requested to “grant a stay of the operation of the notice of meetings dated October 11, 2021 issued by FRL,” it said.

NCLT had on September 28 allowed Kishore Biyani-led Future Group firms to hold meetings of its shareholders and creditors to seek approval for the sale of assets to RRVL.