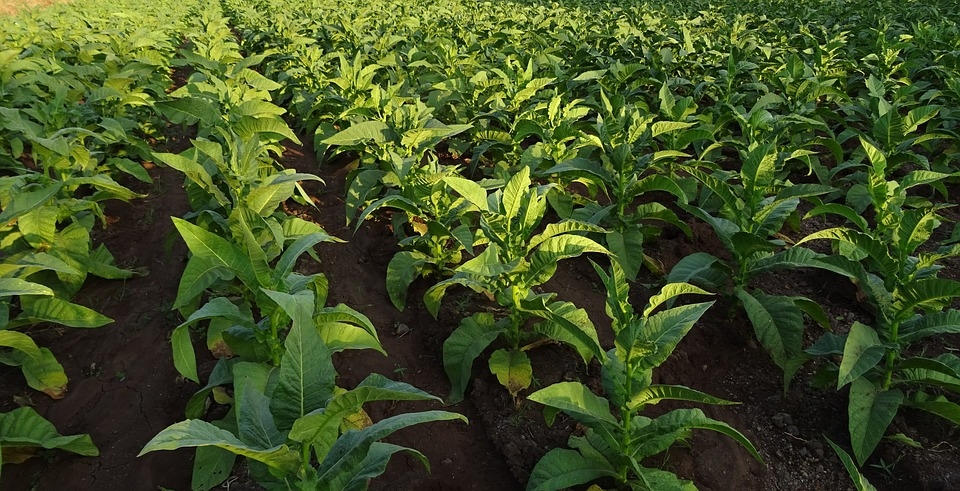 The farmers said that COVID19 has inflicted disastrous economic losses on Flue-Cured Virginia (FCV) farmers and any move to bring contract farming into the tobacco sector will only further aggravate the problems. / Tobacco farm/Representative Image | Pixabay

The farmers also said that COVID19 has inflicted disastrous economic losses on Flue Cured Virginia (FCV) farmers and any move to bring contract farming into the tobacco sector will only further aggravate the problems of the pandemic-battered farmers who are struggling to make ends meet.

Opposing the government's plan to introduce contract farming in the Indian tobacco sector, Gadde Seshagiri Rao, former Vice Chairman, Tobacco Board stated, "Contract farming is no match to our transparent auction system which ensures fair pricing for FCV tobacco. In fact, this system has enabled even a small and marginal FCV tobacco farmer to realize a better price for their produce by making Indian FCV tobacco farmers the only set of growers in the world who have generated better returns on a year-on-year basis with very minimal fluctuations," Rao said.

"We should evaluate the contract faming keeping in mind its long-term repercussions. We believe that this is being pushed by handful players who are misguiding the policy makers for their own interest and jeopardizing the interests of the larger tobacco farming community," he added.

FCV tobacco farmers alleged that the foreign tobacco multi-nationals, who are witnessing tepid sales in global markets and are prohibited as per Indian FDI regulations to invest in India are trying to get a backdoor entry in the country by pushing for contract farming.

Citing global examples, farmer leaders referred to countries like Malawi and Zimbabwe who are facing increased domestic pressure to do away with the contract farming system as the growers are left at the mercy of traders. The contract farming in tobacco sector in India will only benefit unscrupulous tobacco buyers as farmers will be made to sign contracts without understanding them and will be prone to become indebted to tobacco buyers in the event, they fail to repay their dues in case the crop goes bad due to vagaries of nature.

Praising the existing auction system, Javare Gowda from Federation of Karnataka Virginia Tobacco Growers Association commented, "FCV contract farming will take us into the pre-1984 era of exploitation and negatively impact the Indian farming community. We must protect the existing auction system which is reliable and supports even the smallest of the farmers with the right price discovery mechanism thereby helping them to meet domestic and export market requirements. We must resist the efforts of foreign tobacco multi-nationals who are looking at India to revive their sales."

Further boosting their argument against contract farming, farmers claimed that the current auction system works well for the Indian FCV Tobacco farming community and there is a need to protect the auction system.

And any move to allow contract farming will only destabilize the existing authentic system making the FCV tobacco farmers dependent at the mercy of the traders for their lives and livelihood. Also, the lack of assured payment and weighment will be a continuous struggle for the farmers.

Tobacco farmers indicated that if the Government allows contract farming, tobacco growers will get a raw deal. It clarified that it is wrong to believe that contract farming will work to the advantage of farmers just because tobacco buyers will give them farm inputs and first priority to sell their tobacco.

Exhorting the government to support FCV farmers in these difficult times, M. Subba Reddy, Virginia Tobacco Growers Association, said: "FCV tobacco farmers' have braved all the odds to grow their crop amidst COVID19 pandemic. They have faced disastrous economic losses due to lockdown phases, delayed auctions, and are still struggling to make ends meet and avoid further losses. This is the time to extend all support to them to help them survive and not come up with an alternative system of contract farming which will push them into uncertainty."

Farmers expressed disappointment over the silence of the Tobacco Board which despite being fully aware of the likely detrimental effect of contract farming on FCV tobacco farmers' livelihood did not oppose the idea of contract farming.

Murali Babu, General Secretary, Kondapi Tobacco Growers Association, stated, "FCV tobacco farming community is disappointed with the Tobacco Control Board's silence on the government's move to propose the idea of contract farming. We are particularly disturbed by the fact that the Board has chosen to maintain silence on the development despite knowing the likely detrimental effects of such a move on FCV tobacco farmers' livelihood which has been proven globally as well."

FCV Tobacco Farming community humbly urge the policymakers to not encourage contract farming as it will do more harm than good to both the farmer as well as the Government in the long run by paving way for farmer exploitation and destroying the current strong ecosystem developed through a reliable Auction system which is conducted by a government body.