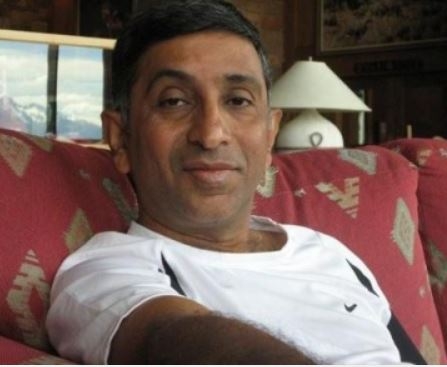 Sanjay Bhargava, India Director for Starlink said that "I want to live next to humans, very realistic people who know how to laugh at their mistakes and who are not inflated by their own triumphs and who take responsibility for their actions"./ Representative image | Photo credit: IANS

In a dramatic first high-profile exit from an Elon Musk-run company in India, Sanjay Bhargava, India Director for Starlink, has stepped down amid the government pressure to get necessary permission for offering satellite-based Internet services.

In a highly philosophical LinkedIn post late on Tuesday, Bhargava said that "I want to live next to humans, very realistic people who know how to laugh at their mistakes and who are not inflated by their own triumphs and who take responsibility for their actions".

"In this way, human dignity is defended and we live in truth and honesty. Thank you all for respecting my privacy and for your kind comments," Bhargava wrote.

His resignation comes after the Department of Telecommunications under the Ministry of Communications in December warned Starlink to get necessary permission required to offer satellite-based Internet services in India.

The Elon Musk-owned company on Tuesday informed some individuals in the country that it will refund their pre-orders.

"I have stepped down as country director and chairman of the board of Starlink India for personal reasons. My last working day was December 31, 2021," said Bhargava.

Starlink later announced that it will apply for a commercial licence in India by January 31.

Bhargava said, "I have no time for endless meetings where the statutes, rules, procedures, and internal regulations are discussed, knowing that nothing will be done. I no longer have the patience to stand absurd people who, despite their chronological age, have not grown up".

"My time is too short: I want the essence. My spirit is in a hurry. I do not have much candy in the package anymore". Earlier, Starlink had announced that it will focus on 10 rural Lok Sabha constituencies to provide the Internet services.

"I am also keen to have 30-minute virtual conversations with MPs, ministers, secretaries to the Union government, or principal secretaries to states to see if they think 100 per cent broadband would help improve lives," Bhargava had said.

Starlink shipped 100,000 terminals to customers recently. The project aims to provide global broadband connectivity via a constellation of satellites.

SpaceX began satellite launches in November 2019 and opened its $99 per month beta programme for select customers around a year later.