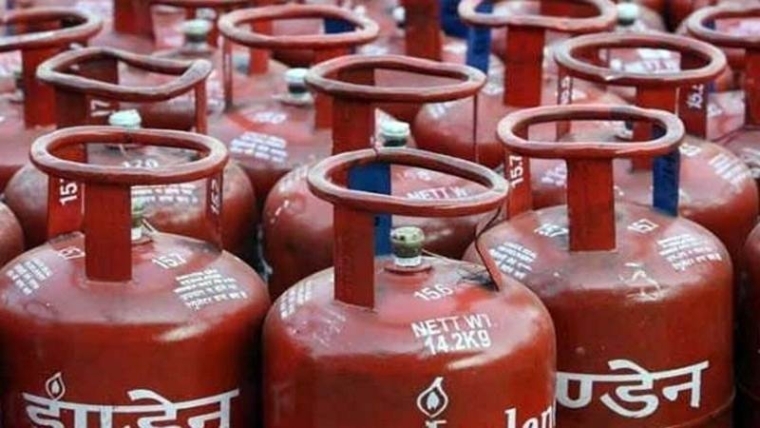 Rates of both subsidised and non-subsidised LPG prices were hiked. |

Cooking gas LPG price on Wednesday was hiked by Rs 15 per cylinder in line with a surge in international fuel prices.

In September, oil marketing companies had raised the prices of non-subsidized LPG cylinders by Rs 25. In August, the price was hiked by Rs 25 .

Simultaneously, petrol price was increased by 30 paise per litre and diesel by 35 paise a litre.

Petrol and diesel prices on Wednesday surged to all-time high levels as rates were hiked again after international oil prices hit the highest mark since 2014.

Petrol price was hiked by 30 paise a litre and diesel by 35 paise in Delhi, according to a price notification of state-owned fuel retailers.

In Mumbai, the retail price of petrol jumped to Rs 108.96 per litre on Wednesday. Diesel price also increased in the city by 37 paise per litre to reach Rs 99.17 a litre, the highest among metros.

Meanwhile, global benchmark Brent jumped to $82.53 per barrel, while West Texas Intermediate rose to $78.87 a barrel.