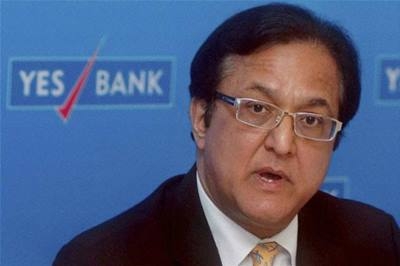 They have challenged a special CBI court's orders denying them bail.

Justice Bharati Dangre is likely to pronounce the orders on September 28.

The CBI court here last week rejected the three women's bail pleas and remanded them in judicial custody till September 23.

The applicants' lawyers argued before the high court that accused are required to be arrested and remanded in custody only when there is a danger that they would abscond.

Advocate Hiten Venegaokar, who appeared for the CBI, opposed the bail pleas. By remanding the applicants in judicial custody, the special court was securing their presence for trial, he contended.

As per the CBI, Rana Kapoor -- presently in jail in connection with a related case being probed by the Enforcement Directorate -- entered into a criminal conspiracy with DHFL''s Kapil Wadhawan.

Between April and June 2018, Yes Bank invested Rs 3,700 crore in short-term debentures of DHFL. In return, DHFL paid a kickback of Rs 900 crore to Kapoor in the form of loans to DoIT Urban Ventures, a firm controlled by Kapoor''s wife and daughters, the central agency alleged.