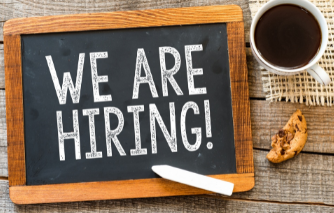 Given the impact of the pandemic, companies are preferring quick hiring processes, therefore gig workers and short-term workers are in high demand, / Representative Image |

Demand for gig workers has zoomed across sectors as businesses have begun opening up leading to an uptick in consumer sentiments and rising pent-up demand, according to experts.

''In the third quarter, with the onset of festive season, we are witnessing a 400 per cent spike in the hiring for gig workers. Earlier, in the first quarter of this year, as many businesses and companies were not operating at full strength, growth was muted.

''However, things began picking up and became more promising from the second quarter, as the demand for gig workers across sectors grew,'' Taskmo, a subsidiary of Quess Corp, co-founder Prashant Janadri told PTI here.

Given the impact of the pandemic, companies are preferring quick hiring processes, therefore gig workers and short-term workers are in high demand, he added.

He said that currently, the demand for gig workers is being witnessed, especially in sectors including edtech, fintech, mobility, e-commerce, foodtech and retail across roles.

Roles such as business development, sales, marketing, onboarding, auditing, retail and warehouse operations are mostly in demand, he added.

''As companies are opening up after the COVID-19-induced lockdowns, we are witnessing increased demand in customer support, tele-sales, onboarding partners, auditing, packing, customer service, loader-unloader, samplers and merchandisers roles,'' he said adding that demand for blue-collar gig workers is more as compared to the white collar workforce.

The salary for gig workers is 1.25-1.5 times higher as compared to the first and second quarter, Janadri also said.

The Indian job market is on the road to recovery, as most of the companies are intending to hire in this quarter, which is expected to be the highest over a period of 1.5 years, he stated.

''The pandemic has taught companies about adaptability and new ways to navigating through disruptions. There was an increase in the number of delivery boys, people handling distribution centres to meet the demand in the festive season.

He further said that e-commerce, e-pharma, and logistics are the biggest job creators in the gig blue-collar space right now, and 70 per cent of new hires will be blue-collar, while 30 per cent will be white-collar.

''Also, demand for gig workers are robust in sectors such as logistics, warehousing, technology and support services, as companies expand and optimise their supply chains. Retail, healthcare, home services, and fintech are also areas of focus,'' he said.

Balakrishnan further stated that the demand for blue-collar workers has increased by 50 per cent in Maharashtra, Telangana, Tamil Nadu and Karnataka, which are more industrialised.

''The majority of the hiring is taking place at Delhi, Mumbai, Hyderabad, Ahmedabad, Kolkata, Pune and Lucknow. Even as India's gig economy is an unorganised sector where wages are not fixed, we anticipate that the workforce will earn an additional 25 to 30 per cent as a result of the increased workload,'' he added.

''We see gig workers in a wide variety of roles, the largest being in last-mile delivery. We see rise in gig workers in the domains such as content, digital marketing, supply chain operations, sourcing consumer loan applications, beauticians and technicians for cleaning services, installation of electronic appliances.

''On an overall basis, blue- and grey-collar jobs are the most in number, about 90 per cent,'' he said.

Metros, tier-II and -III cities have created these jobs for the festive season because the end customers have been in a buying spree, Mishra said.

''As the scare of COVID-19 has receded, we see an upswing in consumer sentiments and the pent-up demand is finding the release.

''Another important reason is the fact that many people have moved back to their home towns and the spending power is no more concentrated in the metros as they used to be pre-COVID-19 era. As a result, we see a rise of over 50 per cent in demand of gig workers in tier II and III cities,'' he observed.

The earnings of gig workers will increase in the season because they will get to perform 40-50 per cent more gigs than what they did on an average month, he added.