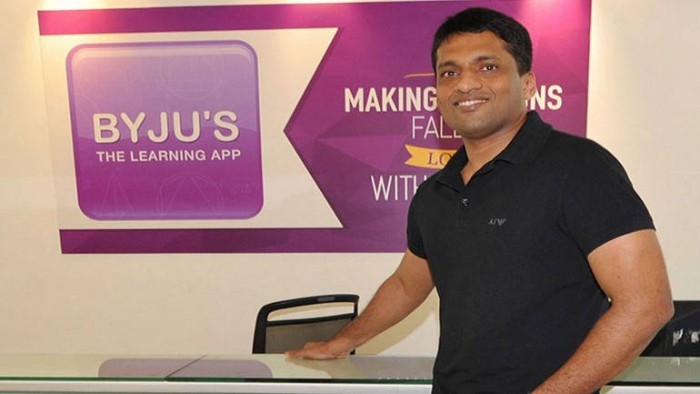 The COVID-19 pandemic seems to have accelerated the wealth accretion of IT-enabled start-up founders including Byju Raveendran's firm "Think & Learn" which runs the Byju's Classes.

Besides Raveendran, another tech entrepreneur Shashvat Nakrani of BharatPe saw a healthy augmentation of his wealth.

According to the IIFL Wealth Hurun India Rich List 2021, the study-from-home trend which has been promoted on the back of the pandemic-led Raveendran and Family's fortune to grow 19 per cent year-on-year to Rs 24,300 crore.

The fast pace of wealth accretion of the online classes' startup founder has placed him above investment guru Rakesh Jhunjhunwala and family, whose, wealth interesting, grew by 52 per cent to Rs 22,300 crore.

Furthermore, Raveendran and family is now the 67th wealthiest in the country, even more than V.C. Burman and Nandan Nilekani and Family.

Meanwhile, Nakrani, 23, is the youngest to feature in the list. His wealth grew to Rs 1,700 crore after his startup BharatPe became a unicorn.

Nakrani co-founded BharatPe at the age of 19, when he was a third-year student in IIT Delhi. Notably, Nakrani is one of the 13 individuals in the list, who were born in the 1990s.

Interestingly, the 2021 list features some 46 founders of 26 mostly unicorns.

Ranking-wise, the list pointed out that Reliance Industries' Chairman and Managing Director Mukesh Ambani continued to be the richest man in India for the 10th consecutive year with a wealth of Rs 7,18,000 crore.

"With Rs 5,05,900 crore, Gautam Adani and family moved up two places to the second spot in the IIFL Wealth Hurun India Rich List 2021."

The Adani group has a combined market capitalisation of Rs 9 lakh crore, and except Adani Power, all listed companies are valued at more than a lakh crore.

"Gautam Adani is the only Indian to build not one, but five Rs 1 lakh crore companies," said Anas Rahman Junaid, MD and Chief Researcher, Hurun India.

Shiv Nadar of HCL retained the third rank, as HCL's limited exposure to Covid-affected segments such as travel, retail and hospitality resulted in a 67 per cent increase in his wealth to Rs 2,36,600 crore.

For the 12 months that ended in December 2020, HCL became only the third Indian IT company to break through the $10 billion revenue mark.

Moreover, India achieved the milestone of having over 1,000 individuals with net worth of Rs 1,000 crore.

It cited that cumulative wealth was up 51 per cent, while average wealth increased by 25 per cent.

Currently, India has 237 billionaires, up 58 compared to last year.