As per data released by technology market researcher GlobalData on Wednesday, the number of job postings by telcos related to 5G rose by 65 per cent last month, from 5,265 job postings in January to 8,667 in July.

With big players consolidating plans for the 5G take-off, the jobs and devices markets are gaining both size and momentum. The industry data – aggregated by market researchers for various segments within the telecommunication sector for the month of July – shows a rapid surge in job postings by telecom players, including 5G players like Reliance Jio, Bharti Airtel, Vodafone Idea and Adani Group.

As per data released by technology market researcher GlobalData on Wednesday, the number of job postings by telcos related to 5G rose by 65 per cent last month, from 5,265 job postings in January to 8,667 in July.

Meanwhile, India’s 5G enabled tablet shipments market has grown 71 per cent in the last three to four months, according to another report released on Wednesday.

The companies have also posted job requirements for network administration, testing and software development vacancies. The firms are also likely to hire experts in areas such as infrastructure development, equipment, network operations, and spectrum services. Several tech companies are also looking to hire engineers for developing 5G use cases.

However, active players in the domestic market declined to share their individual plans as far as hirings and investments in the areas of infrastructure and services are concerned, citing confidentiality.

Vis-à-vis the devices market, Menka Kumari, Analyst-Industry Intelligence Group (IIG), CMR, said in a statement, “Driven by the 5G rollouts in the near future, we foresee an impetus in 5G tablet shipments in the tablet market, similar to the trends observed in the 5G smartphone market. The gradual opening-up of the Indian economy is translating to a growth in the commercial tablet business.”

Kumari added, “Driven by consumer and enterprise demand for new specialised use cases, such as intense gaming and productivity use cases, we foresee new hardware and software innovations, including larger tablet screen size, increased RAM, enhanced cameras, and battery amongst others.”

Apple has recently advertised roles in the 5G protocols layer and is hiring for ‘RF Systems Architect’, which looks at defining and researching emerging 6G spectrum policy, use cases and trends for radio access networks in advance for 6G radios. Nokia has also opened a 5G Industrial Incubation Lab in South Australia and posted a ‘Graduate Engineer in Technology’ role. 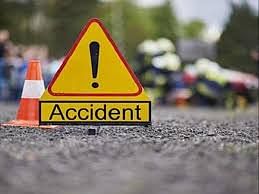 Apple moving from China to Chennai as India competes with Vietnam for manufacturing AirPods and...

China, Turkey may take the shine off India’s festivities by bagging lion’s share of gold...

As 86% CEOs gear up for global recession, here’s how it’ll hit Indian households and businesses