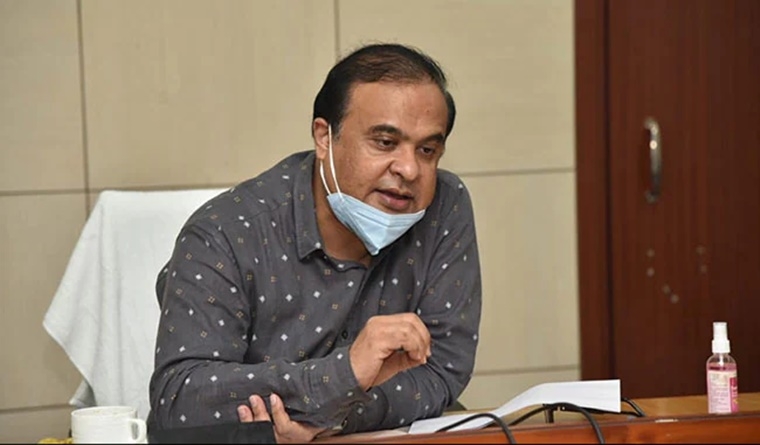 Altogether 11,000 women beneficiaries from Dhemaji and nearly 12,600 in Biswanath have been covered under the Assam Micro Finance Incentive and Relief Scheme 2021 (AMFIRS), a release by the Chief Minister's Office said.

Out of the total eligible beneficiaries, 5,000 each in the two districts were given the financial support at separate programmes of the chief minister during the day.

The government has divided the loanees into three categories.

Under Category I, the beneficiaries are provided with a one-time incentive up to Rs 25,000 or the outstanding balance, whichever is less, to incentivise them to continue maintaining good credit discipline.

Category I of AMFIRS will benefit a total of 11 lakh women across the state.

While presenting the cheques in Dhemaji and Biswanath districts, the chief minister asked the beneficiaries to make good use of the financial incentive and strengthen their business ventures, according to the release.

He said that repayment of the loan amount is essential for them to increase their Credit Information Bureau (India) Ltd (CIBIL) score so that they can avail further loans for business purposes.

The distribution of the benefits under Category I of the scheme will be over by April 15 and the government will design another scheme for those loanees who could not repay their loans.

He said that the government will create a portal and applications will be sought from the defaulting loanees from February 1 to understand the requirements of the new scheme to enable the executing agency to design the scheme in sync with the needs of defaulters.

Talking to reporters in Biswanath, Sarma said that the state government is going to set up 10,000 new model Anganwadi centres in the coming years.

''These model Anganwadi centres will be able to play a key role in the overall development of children at their formative stages, while also ensuring adequate nutrition of pregnant women and lactating mothers,'' he added.

On September 30 last year, the Assam Cabinet had approved Rs 1,800 crore to waive microfinance loans availed by poor women in the first phase.

In Category II, reliefs will be provided to borrowers whose payments are overdue by 1-89 days and for accounts that are overdue but not non-performing assets (NPA). The state government will pay the overdue amounts to the borrowers in these cases.

In Category III, borrowers who are stressed, destitute and whose accounts have become NPA will be covered. The government will consider providing partial or full relief based on evaluation.

Sarma during the Assembly election campaign in March-April of 2021 had announced that all the MFI loans of women would be waived if the BJP-led coalition retained power, but after assuming office he said that the promise was a ''political statement, but not a government promise''.

The opposition parties, including the Congress, AIUDF, Raijor Dal, CPI(M), Assam Jatiya Parishad and the BPF, attacked the government for its ''U-turn'' in waiving the loans as promised by the BJP and said the saffron party has ''cheated'' people.

On August 24, the state government had signed an agreement with 38 microfinance companies and banks for a Rs 12,000-crore AMFIRS. While presenting the state Budget for 2021-22, Assam Finance Minister Ajanta Neog had said that almost 26 lakh borrowers took loans worth Rs 12,500 crore from various MFIs and the bulk of this portfolio is in rural areas.