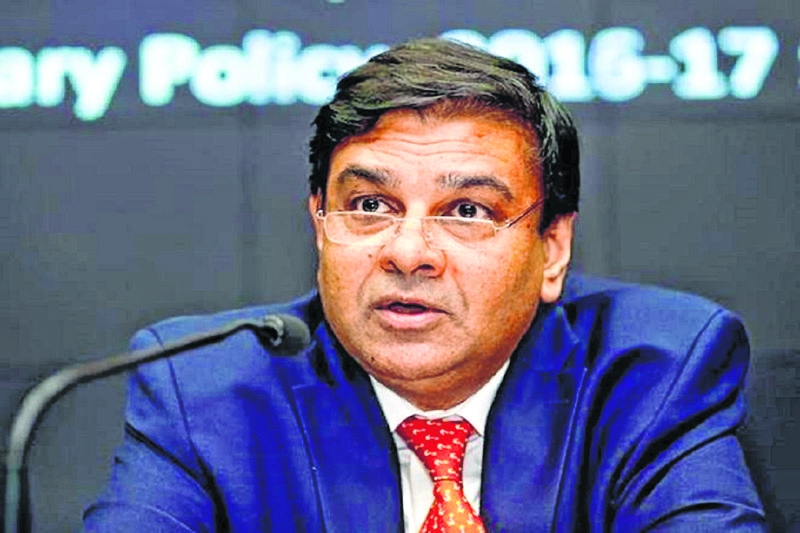 Former RBI Governor Urjit Patel will be one of the five Vice Presidents of the AIIB with a three-year tenure./ Representative image |

Former RBI Governor Urjit Patel has been appointed as a Vice President of the Beijing-based multilateral funding institution AIIB, according to sources in the bank on Sunday.

India is a founding member of the Asian Infrastructure Investment Bank (AIIB) with the second-highest voting share after China. It is headed by a former Chinese vice-minister for finance Jin Liqun.

Patel, 58, will be one of the five Vice Presidents of the AIIB with a three-year tenure. He is expected to take over his posting next month.

He will succeed outgoing Vice President D J Pandian, who is in charge of sovereign and non-sovereign lending of the AIIB in South Asia, the Pacific Islands, and South-East Asia, AIIB sources told PTI.

Pandian, who has previously served as the chief secretary of Gujarat, is set to return to India later this month.

Patel had taken over as the 24th Governor of the Reserve Bank of India (RBI) succeeding Raghuram Rajan on September 5, 2016.

Patel resigned in December 2018 ''on account of personal reasons", saying "I have decided to step down from my current position effective immediately''.

Before taking over on September 6, 2016, he was a Deputy Governor overseeing the monetary policy department at the RBI under Rajan and was known as his "inflation-warrior".

Patel has previously worked with the International Monetary Fund (IMF), Boston Consulting Group, and Reliance Industries among other organizations.

Patel's posting to AIIB is regarded as significant as India has emerged as its biggest beneficiary by obtaining $6.7 billion funding for 28 projects, Pandian said in his farewell luncheon interaction on Saturday.

Also, the AIIB along with the Asian Development (ADB) is processing a $2 billion loan for India to purchase COVID-19 vaccines.

Of the $2 billion loans, the Manila-based ADB is expected to finance $1.5 billion and AIIB is considering providing $500 million.

The AIIB had recently granted a $356.67 million loan for the expansion of the Chennai metro rail system. It is also considering funding several other infrastructure projects for the development of Chennai city and its suburbs.

The bank has also funded the Bengaluru metro rail project.

In his farewell interaction, Pandian sought to dispel the impression, especially in India, that the AIIB is a Chinese bank.

He said that the bank now has emerged as a multilateral bank becoming the lead financiers of the infrastructure projects in Asia.

Except for the US and Japan, most of the developed and developing countries have joined the bank, he said.

A readout on AIIB's official website said the bank is a "multilateral development bank whose mission is financing the Infrastructure for Tomorrow, infrastructure with sustainability at its core".

"We began operations in Beijing in January 2016 and have since grown to 105 approved members worldwide. We are capitalized at $100 billion and Triple-A-rated by the major international credit rating agencies," it added.