ABG Shipyard, the Indian market leader and a blue-chip company till 2013 that dominated the shipbuilding industry, is a classic case of an Indian company caught in the global turbulence. /Photo Credit: Twitter |

The downfall of ABG Shipyard, Indian market leader and a blue-chip company till 2013 that dominated the ship building industry is classic case of an Indian company caught in the global turbulence.

As per the corporate debt restructuring (CDR), executed by the lenders on March 29, 2015, the company that was continuously making profit till March 2013, became a defaulter next year due to 'downturn in global shipping industry and global financial crisis'.

The CDR that had the cut-off date of August 1, 2013, further attributed various reasons for the 'poor performance' including 'cancellation of order and devolvement of letter or credit / bank guarantee', among others.

As part of the execution of CDR, lenders took over the management control of the company and appointed turnaround expert consultant—Alvarez & Marshal to execute the scheme of restructuring. In addition, lenders also eased out the existing management and appointed key management personnel including CEO, CFO and COO. All this happened in 2014-15. At the beginning of the CDR process, the lenders had valuation consultant Yardi Prabhu, who pegged the fair value of the asset at little over Rs 14,000 crore as on September 30, 2013.

The government stated in the Parliament earlier this month that lenders' principal exposure of ABG Shipyards at Rs 14,349 crore prior to the corporate debt restructuring in 2014-15.

Alvarez & Marsal was appointed by the consortium of lenders to overseas the implementation of CDR. As part of this, a chief restructuring officer was appointed with the mandate from the lenders to control company's cash flow and implement the package properly.

However, as per the cut–off date, total outstanding for CDR of all the 22 lenders was pegged at around Rs 10,150. As against this, the total debt exposure of the company was Rs 5,333 crore, comprising Rs 3,350 crore of term loan and about Rs 1980 crore of the working capital as stated in the annual report of the company. The balance amount was due to cancellation of letter of credits and devolvement of bank guarantee.

Having made net pre-tax profit of Rs 162 crore in the year 2012-13, the company, that never defaulted in its history, had all the credits and accolades as a high performer. In the subsequent year, the company recorded first time pre-tax loss of Rs 222 crore.

The CDR commenced after lenders appointed Desai Saksena and Associates (DSA) for a pre-requisite special audit, who had pointed out all the issues to the lender. The same issues were flagged as diversion of funds by the forensic audit report by Ernst & Young in January 2019.

The DSA report was accepted by the lenders and was the basis for CDR approval that has a condition that no company can be put through such restructure process in case of any financial wrongdoing or misappropriation of funds by the management.

The government has also stated in the Parliament during the resumed budget session that no employee of public sector banks was involved in any wrongdoing in handling ABG Shipyard case.

The amount involved under these three heads total about RS 1,800 crore besides the report pointing certain potential violation of CDR arrangement. These issues were also dealt by DSA.

The DSA report had also attributed the global shipbuilding scenario including cancellation of certain ship orders adversely affecting the performance of the company. Inmost of the cases the customers didn't pay the company despite completion of substantial works.

Alvarez & Marsal failed to implement the CDR, which in turn triggered the second round of restructuring under Strategic Debt Restructuring (SDR). Under this, lenders forcibly converted part of their loan to equities, acquiring majority 51 per cent stake in the company where the promoter Rishi Agarwal was left with only 7 percent stake in 2016.

The scheme of SDR was abandoned halfway when Reserve Bank of India put the company in the list of defaulters in 2017. 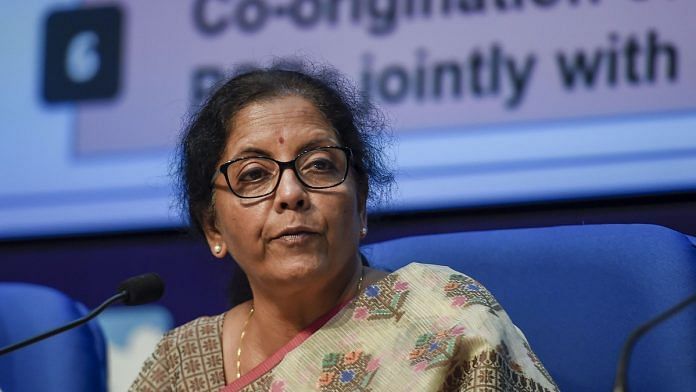