Urban India is more severely affected, according to the phone survey of 4,000 workers to gauge the impact of the COVID19 lockdown on employment, livelihood, and access to government relief schemes.
PTI 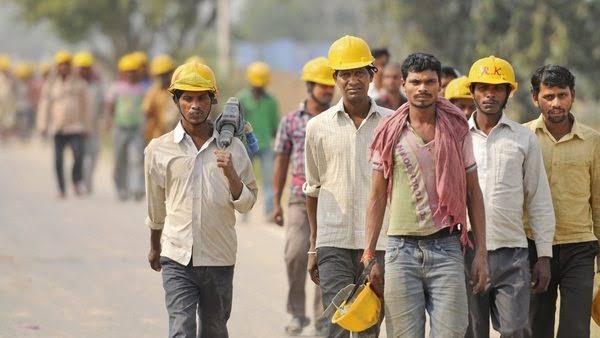 Two-thirds (67 per cent) of workers reported having lost their employment following the COVID-19-induced lockdown, according to early findings of a survey conducted in 12 States by Azim Premji University, in collaboration with ten civil society organisations.

Urban India is more severely affected, according to the phone survey of 4,000 workers to gauge the impact of the COVID19 lockdown on employment, livelihood, and access to government relief schemes, the University said in a statement.

Eight in 10 workers in urban areas (80 per cent) and almost six in ten workers in rural areas (57 per cent) lost their employment, it said. For non-agricultural self-employed workers who were still employed, average weekly earnings fell from Rs 2,240 to Rs 218 (a fall of 90 per cent).

For casual workers who were still employed, average weekly earnings fell almost in half from Rs 940 in February to Rs 495 during the lockdown. Half of all salaried workers (51 per cent) saw either a reduction in their salary or received no salary.

Half (49 per cent) of households reported that they did not have enough money to buy even a week's worth of essential items, the survey said. Impact of relaxing labour laws in some Indian states should be reviewed: International Labour... Create jobs closer to home, no migrant worker goes to the city out of his own will: Nitin Gadkari
Advertisement COVID-19 and its associated safety measures, such as the lockdown since March 24, have taken a heavy toll on the economy, and particularly on vulnerable informal and migrant workers and their families, it said.

"Immediate as well as medium to long term, comprehensive policy measures are needed to counter these effects and chart the path to economic recovery. We hope that the survey findings will help in determining the extent and nature of policy interventions that are needed," the statement said.

The survey was carried out in Andhra Pradesh, Bihar, Delhi, Gujarat, Jharkhand, Karnataka, Madhya Pradesh, Maharashtra (Pune), Odisha, Rajasthan, Telangana, and West Bengal. "We measured levels of employment and earnings since the lockdown was imposed, and compared them to the situation prevailing in February. We covered self-employed, casual, and regular wage/salaried workers.A detailed report will be released in a few weeks time," it was stated.

According to the statement, the disruption in the economy and labour markets is enormous.

A universalisation of the PDS to expand its reach and implementation of expanded rations for at least the next six months, and cash transfers equal to at least Rs 7,000 per month for two months were suggested.

From a macroeconomic perspective as well, larger transfers are needed to bring back demand in the economy , it said.

Opening up of MGNREGA sites in keeping with physical distancing norms is urgently needed, along with proactive steps like expansion of MGNREGA, introduction of urban employment guarantee, and investment in universal basic services, the statement added.