The in-person concerts over four days were attended by a total of approximately 200,000 people.

The in-person concerts over four days were attended by a total of approximately 200,000 people. The number of online viewers via live stream reached approximately 402,000 from 182 countries/regions on the final day, April 16.

Since the stadium has opened, BTS are the only artist to have sold-out approximately 200,000 tickets over four nights.

THE TRIUMPHANT NIGHT AT ALLEGIANT STADIUM COLORED IN PURPLE

In line with the previous series of the tour, ‘BTS PERMISSION TO DANCE ON STAGE - LAS VEGAS’ also focused on the ‘encounter’ between BTS and fans. The overall stage production was designed to emphasize the band including the setlist composed of all-seven-member songs and props and effects minimized to highlight the performance itself.

‘LIVE PLAY in LAS VEGAS’ at MGM Grand Garden Arena was accompanied by experiential spaces such as BTS PHOTOCARD RANDOM BOX and BTS PHOTO STUDIO for fans to enjoy along with the concert. BTS PHOTO STUDIO, which allowed fans to take an AR photo with BTS and instantly print as photo cards, was especially well-received by fans. During the show, the actual special effects used on stage delivered fans a more vivid live concert experience.

Closing up the last day of the tour, BTS said, “What we remember most from this show is your cheers. For the past nine years, you are the reason we have been happy.” The septet added, “We won’t forget our show in Las Vegas.” The show closed with the last song, “Permission to Dance.”

LAS VEGAS TRANSFORMED INTO BTS CITY WITH ‘THE CITY’ PROJECT

What made ‘BTS PERMISSION TO DANCE ON STAGE - LAS VEGAS’ even more special was ‘THE CITY’ project. Before and after the concerts from April 5 to April 17, ‘THE CITY’ project transformed Las Vegas into “BTS CITY” with various programs ranging entertainment, hospitality and shopping for the fans to enjoy.

With its concept, “urban concert playpark”, ‘THE CITY’ provided various entertainment activations and events throughout the entire city to resemble a theme park, offering fans a more extensive and immersive experience utilizing performance and artists’ IP beyond the concerts.

During the four days of the concert, Korea Tourism Organization operated a special booth to promote Korean culture. Visited by approximately 13,000 people over four days, the booth offered the audience to experience Hanbok (Korean traditional clothing), experience scents that match each city in Korea, and more. Samyang Foods also opened ‘Buldak Ramen Booth’ with special events, which received around 10,000 participants per day.

After the last stage of the final show, BTS revealed a new video content with a surprise announcement. Showing through the band’s past and present, the video ended with “WE ARE BULLETPROOF” and a date “2022. 06. 10,” indicating a new album release date.

Further information about the album will be announced in due course. 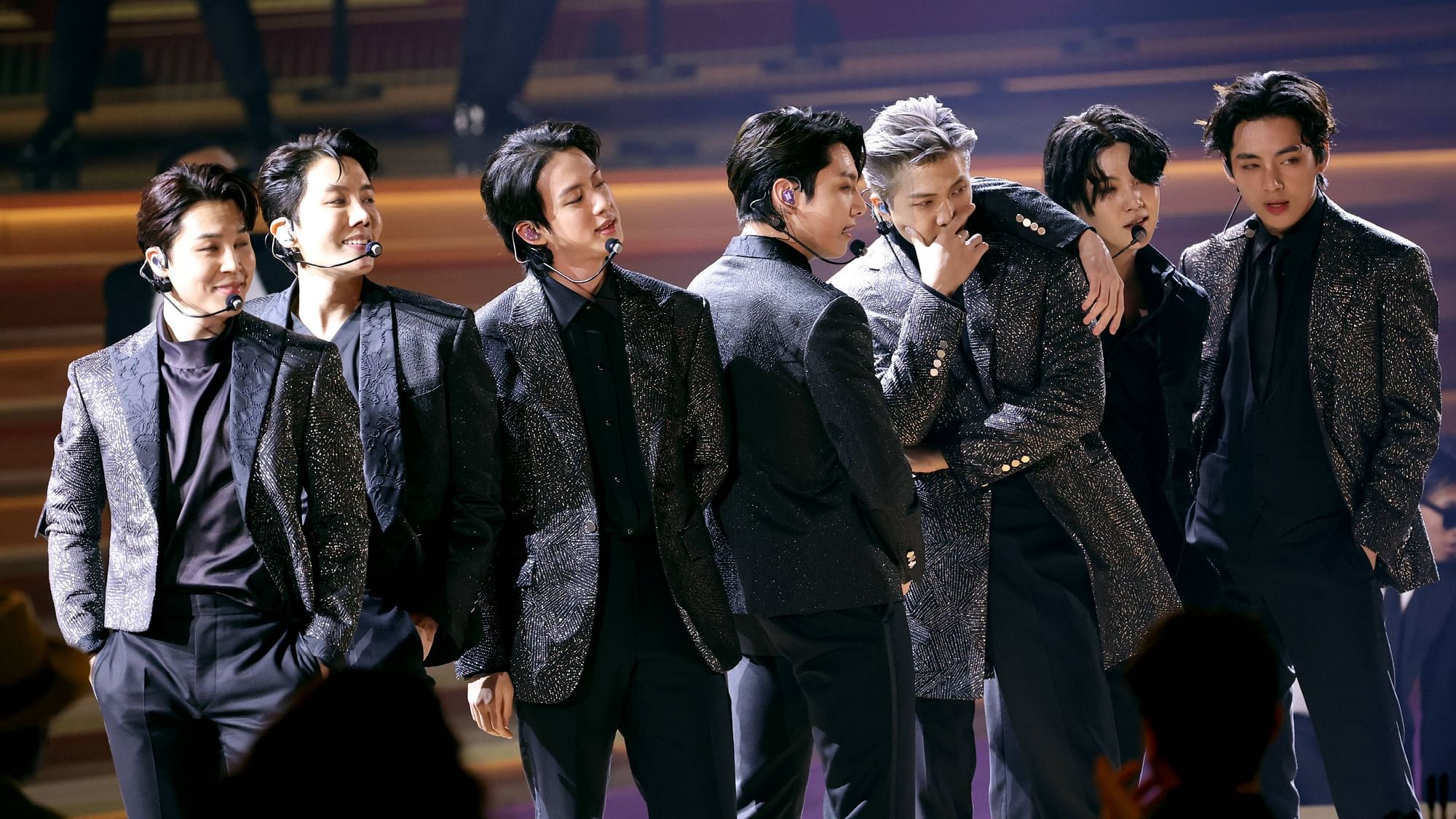 Grammys 2022: BTS sets the stage on fire with their performance on 'Butter'