She spoke about how she was "crying constantly" after being trolled for posting pictures in lingerie.

Filmmaker Anurag Kashyap's daughter Aaliyah’s Instagram is one fiery feed. From exotic moments overseas, to her stunning lingerie looks, this star kid is a pro at leaving her followers jaw dropped.

Recently, Aaliyah posted a video on her YouTube channel in which she answered questions by her fans and followers.

In one of the bits she spoke about how she was "crying constantly" after being trolled for posting pictures in lingerie. 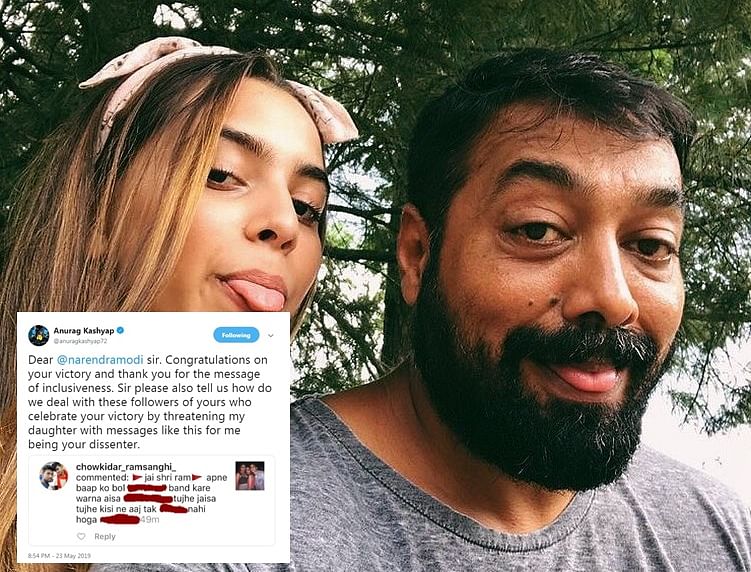 Aaliyah said, "So social media negativity is something I have come to terms with. Like, I am a very sensitive person and even the smallest bit of hate does affect me, but I don’t know. I’m sensitive, I cry almost every day about the dumbest s**t."

"People were telling me that I should be ashamed of being Indian and posting stuff like that. People were sending me rape threats, calling me a prostitute, DMing me and asking me what my ‘rate’ was, sending me death threats, s**tting on my family. That whole incident of the picture got me a lot," she added.

This is not the first time Aaliyah has received threats on social media.

Back in 2019, Anurag deleted his official Twitter account after a user threatened his daughter of rape if he continues to voice opinions against PM Modi.

Aaliyah was born to Anurag Kashyap and his first wife Aarti Bajaj in 2001, when they were in a live-in relationship after dating for over a decade. Two years after the birth of their daughter, Anurag and Aarti tied the knot. But their marriage ended four years later, when the couple separated in 2009.

In 2017, Aaliyah Kashyap made her first documentary film on education of girls for her school.

Anurag is best known for his films like “Black Friday”, “Dev.D”, “Gangs of Wasseypur” and “Ugly”.