A video showing cop carrying boy on his lap and crossing the railway track went viral on social on Monday.
FP News Service Gwalior (Madhya Pradesh): It was another cloudy evening on Sunday. Eleven-year-old Hemant Kewat of Chirula Dera village in Datia district was grazing his goats on the banks of the Anguri River.

He fell into the choppy rivulet. Its currents were sweeping him away. The villagers standing on the banks of the stream informed the police.

No sooner had town inspector Girish Sharma rushed to the spot and jumped into the choppy stream.

He put the boy into his lap and began to run. There was a railway crossing on the way. It was closed as a train was passing by it.

Sharma barely bothered about his own life. He saw the oncoming train.

With the blink of an eye, he crossed the railway lines. The daredevil cop continued to run and run. He took breath only when he reached a hospital and handed over the boy to a doctor.

A video showing cop carrying boy on his lap and crossing the railway track went viral on social on Monday.

The doctor said if there was a delay by five minutes, the boy would have lost his life.

Sharma said the boy was breathing with difficulty. His mouth and nose were filled with water.

The doctors drained out the water from his mouth and nose and put him on oxygen support.

As for the rescue, Sharma further says he has simply done his duty. It was none but God’s wish, he adds. 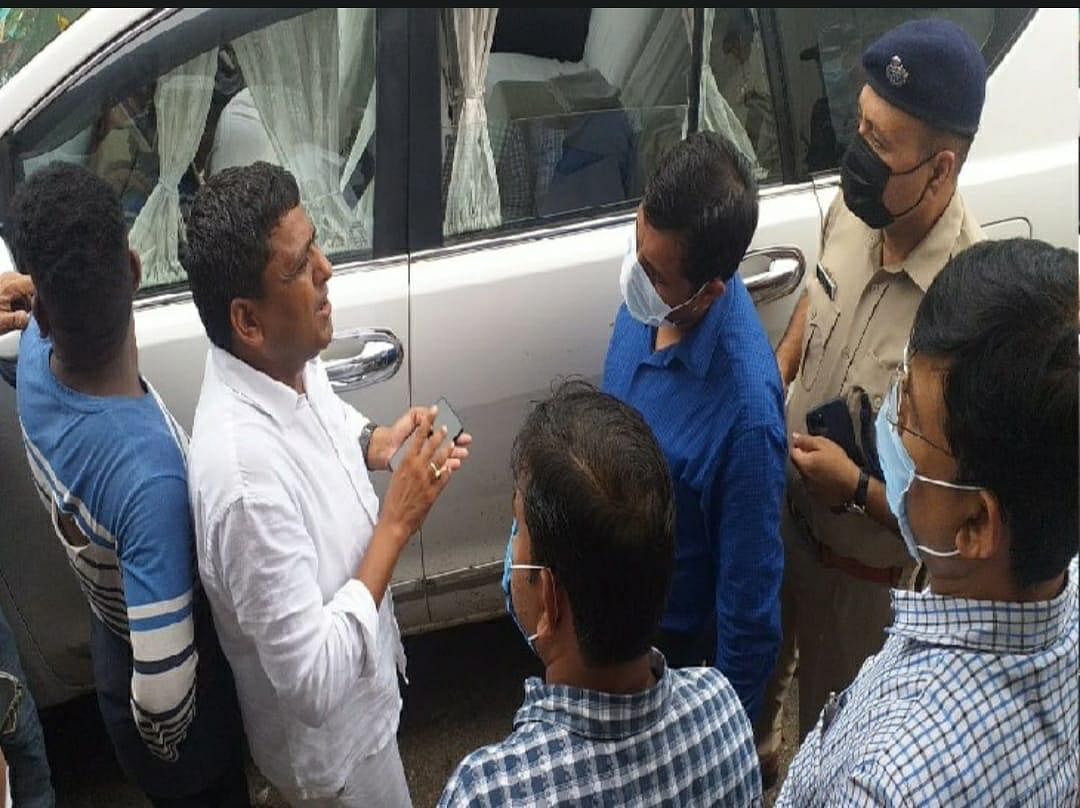