BJP leader Surendra Nath and others offer 71 kilogram sweets(bundi ladoo) to Lord Hanuman at New Market on 71st birthday of PM Narendra Modi on Friday. | FP
Follow us on

Parashar said the party workers inspired people to get the corona vaccine on this occasion under their service and dedication campaign.

The party workers cut a 71-feet-long cake prepared in the shape of a vaccine syringe at Lalghati square. "Thanks to Modiji for Namo Teeka" was written over the cake. 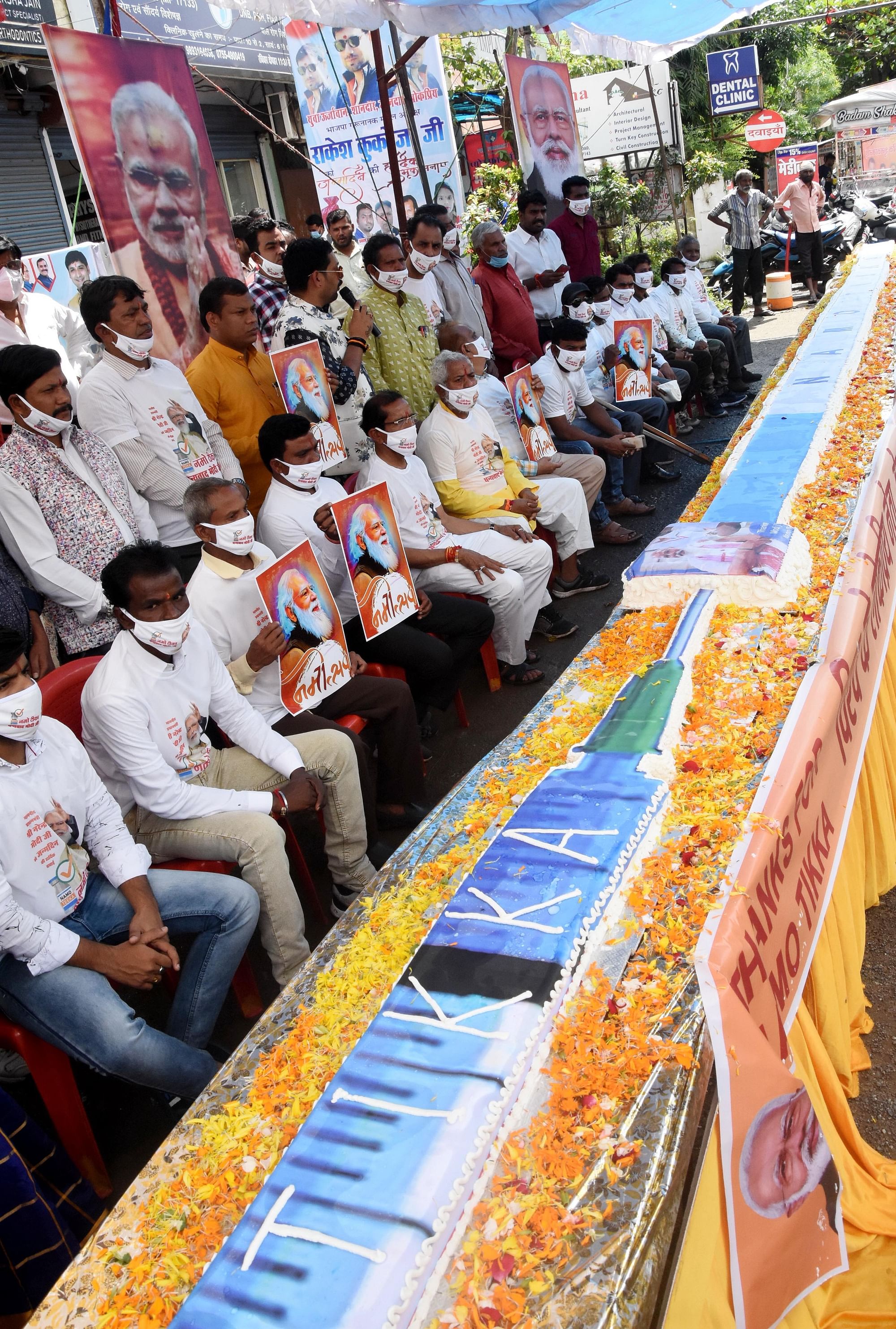 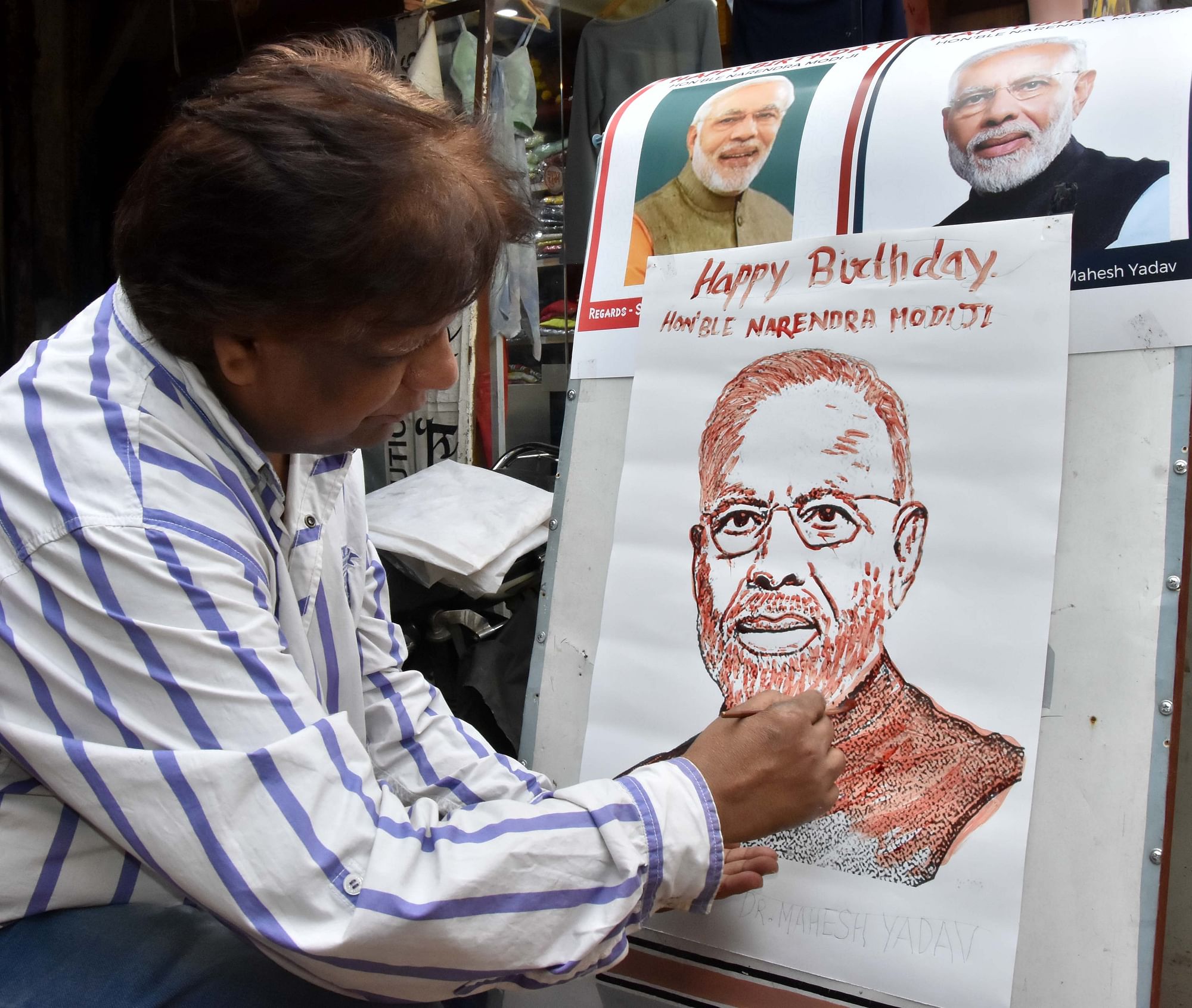 On the other hand, the party's state vice president Alok Sharma and district president Sumit Pachairi, along with 171 Brahmins, recited Hanuman Chalisa for the Prime Minister's long life in Gufa temple.

At the same time, the workers recited Hanuman chalisa by lighting 501 lamps in the 1100 quarters Hanuman temple.

In Jabalpur, on the occasion of the birthday of Prime Minister Narendra Modi, recitation of Hanuman Chalisa was organized at Hanuman Mandir of Deendayal Ward, Chungi Naka.

During this, the party's state general secretary Harishankar Khatik along with the workers wished the Prime Minister for a long life. 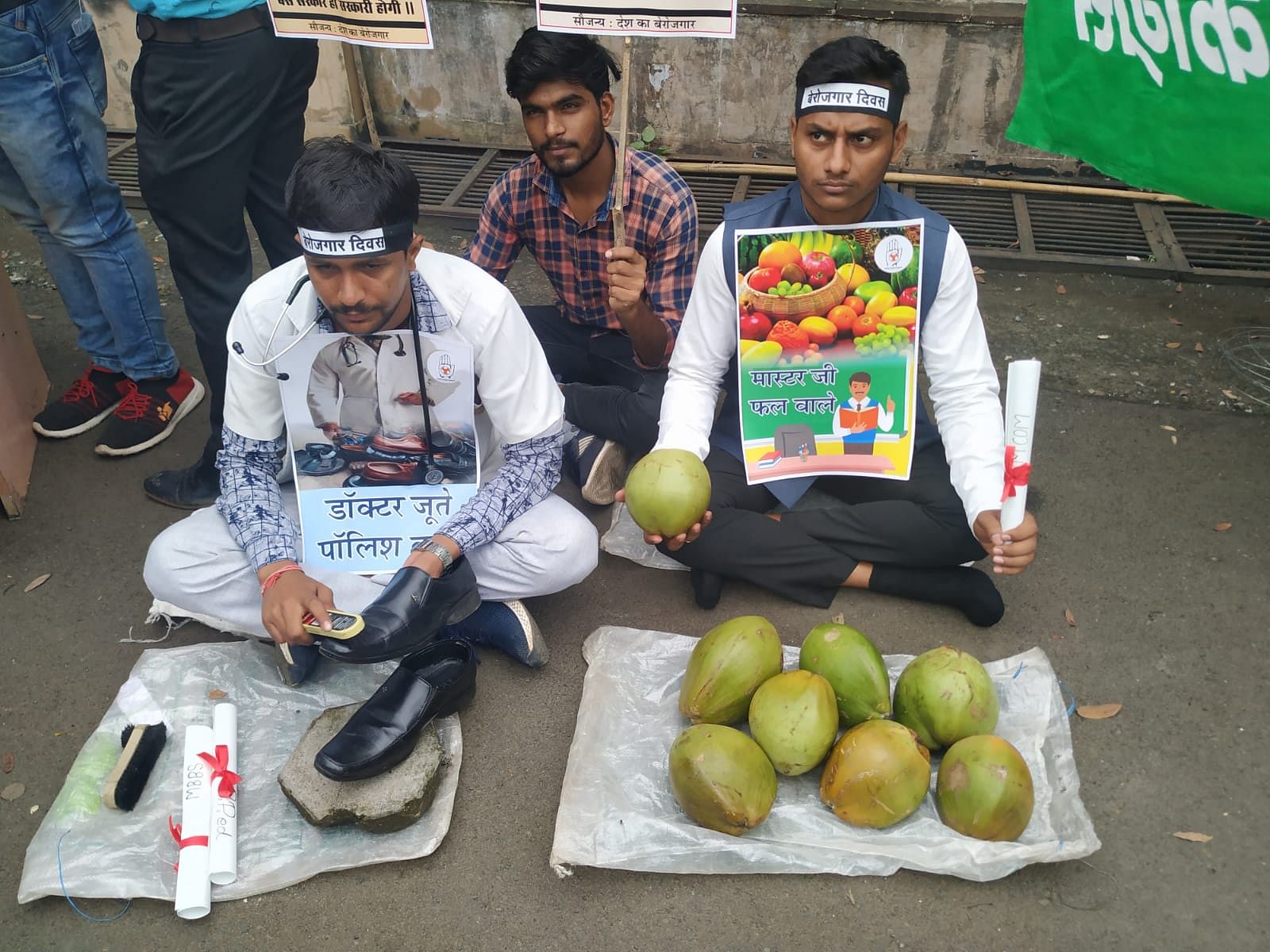