All India Institute of Medical Sciences (AIIMS) in New Delhi. Madhya Pradesh government recently introduced medical textbooks in Hindi, and Union Home Minister Amit Shah has also announced that work is underway to introduce medical education in eight other languages in the country. | PTI
Follow us on

In October, Union Home Minister Amit Shah released textbooks of three subjects in Hindi for first year students of MBBS course as part of an ambitious project of the Madhya Pradesh government to impart medical education in Hindi, a first in the country.

Shah also said work is underway to start technical and medical education in eight other languages in the country. He asserted that students across the country should come out of their linguistic inferiority complex and showcase their abilities in their language.

According to Dr J A Jayalal, former national president of Indian Medical Association, Shah may have said abilities of students would "enhance" but, on the contrary, it may deter their growth.

"What we are talking about is modern medicine, it is universal medicine. It is not only practised in India, it is practised throughout the world. If you are trained in a regional language, you cannot expect to go outside to study and update your knowledge and skills," Jayalal said.

He added that medical education cannot be taught through textbooks alone, it also requires frequently reading international research papers, journals and articles, all of which are written in English.

"It will be ok if you are going to stay at a local community level and never connect with the global community. Basic understanding you can give in a regional language, but if you want to update your skills, it is not going to help you," he said.

In the first phase, Hindi textbooks on medical biochemistry, anatomy, and medical physiology have been released.

Following Madhya Pradesh's lead, the Uttarakhand government has also announced similar measures to be implemented from the next academic sessions.

According to the state's Medical Education Minister Dhan Singh Rawat, a committee will prepare a draft of the new syllabus for colleges after studying the MBBS Hindi syllabus in government colleges of Madhya Pradesh.

Last week, Tamil Nadu Minister for Higher Education K Ponmudy also said the state government was now involved in introducing MBBS courses in Tamil and a committee of three professors was formed in that regard.

Karan Juneja, an MBBS doctor and national secretary of IMA-Junior Doctors Network, said instead of offering medical education in regional languages, the government should focus on improving infrastructure and school education.

"We have seen students who come from rural areas, without any English background, managing well with the subjects and the language. They adapt to the environment and improve themselves. Offering them education in Hindi or any other language will be detrimental for their growth," Juneja said.

"To make rural or regional students comfortable with the English language, they should improve their education at the school level. If they know the language, it wouldn't be a problem," he noted, adding that trained in an Indian language, the doctors won't be able to upgrade themselves.

But, is it all bad? No, says Jaswant Jangra, president of Resident Doctors' Association - AIIMS, New Delhi.

"On the one hand, the step will encourage regional students to continue and finish their education as at times they don't feel confident and comfortable with English, and on the other, it will improve doctor-patient communication," Jangra said.

"Sometimes doctors are not able to convey a message to the patient, which is very important in this profession. Conversing in a common language will solve that issue," he added.

While accepting the cons of medical education in a regional language as there are "no medical journals in Indian languages", he said that if it is not made mandatory, those who do not wish to get into research or do not plan to leave their familiar environment can opt for it. 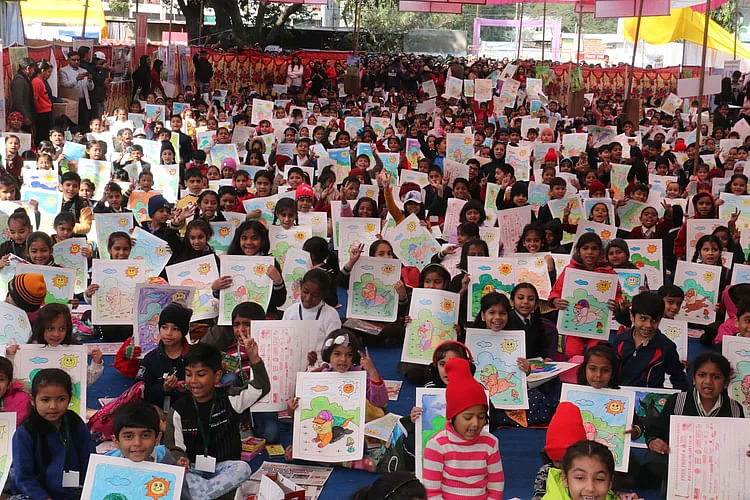