Madhya Pradesh: People doubtful about repeal of farm laws as BJP leaders claim they will be brought back, says Digvijaya

Former Chief Minister Digvijay Singh, who reached Gwalior, said the people still do not believe as many people of BJP are saying that we will bring these laws back again.
FP News Service 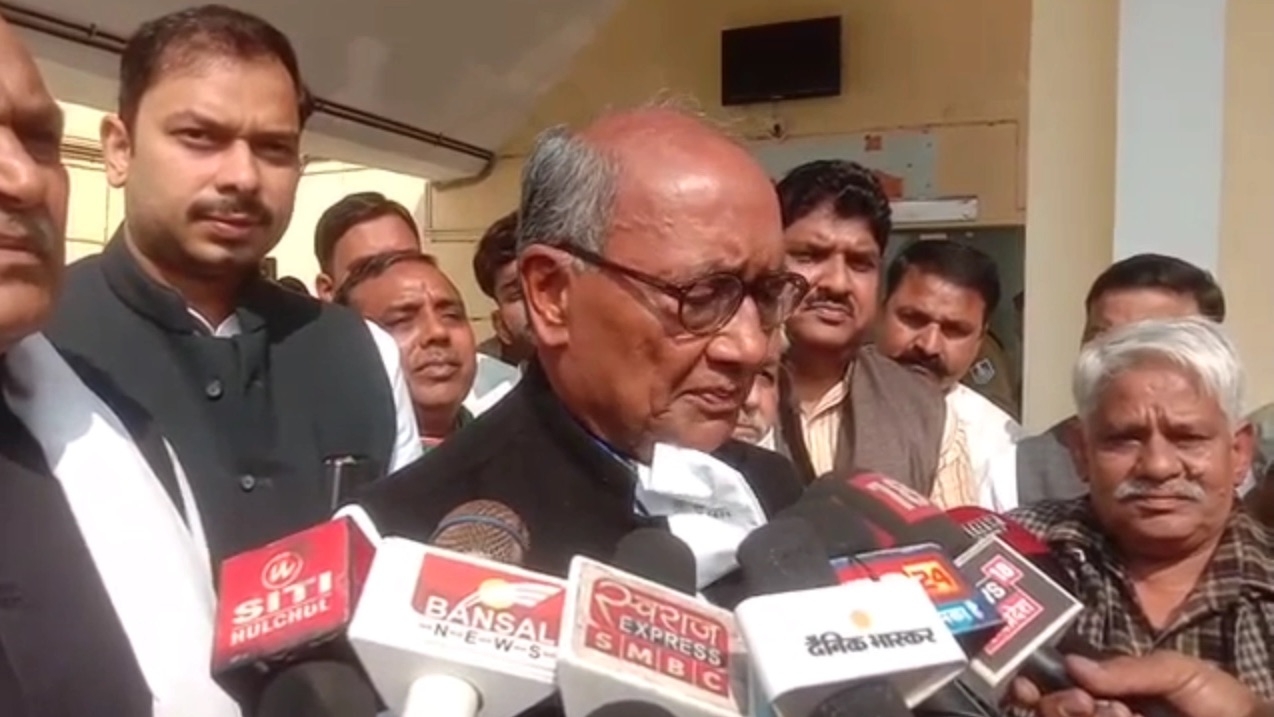 Gwalior (Madhya Pradesh): Senior Congress leader Digvijaya Singh said people are doubtful about whether the three farm laws will actually be repealed or not as several BJP leaders claim that these legislations will be brought back soon.

Singh made the above remark while addressing to the media person in Gwalior on Sunday.

Singh claimed that there was a communication gap in the Union cabinet, alleged that only Prime Minister Narendra Modi and Home Minister Amit Shah were actually running the show.

Singh said, "But who will take responsibility for 700 deaths that occurred during the farmers' protest? And the people are not believing this announcement. Several BJP leaders are claiming that the farm laws will be brought back after being repealed."

The farmers' demand will be fulfilled only after the three contentious legislations are repealed in Parliament and legal guarantee on minimum support price (MSP) for crops is made, he said.

"I am told that there is a communication gap in the Union cabinet. The news coming out says only PM Narendra Modi and Home Minister Amit Shah are running the show. This is against parliamentary democracy," he said.

Singh said that in the country's democratic set-up, the prime minister is 'first among the equals' and decisions should be taken in consultation with other cabinet members.

The Congress's Rajya Sabha member praised the farmers for running a non-violent protest.

In reply to a question about Punjab Congress chief Navjot Singh Sidhu terming Pakistan Prime Minister Imran Khan as elder brother, the former Madhya Pradesh chief minister said, "Question should be asked to the prime minister as to why he went to Pakistan without invitation." He was referring to Modi's surprise visit to Pakistan in December 2015.