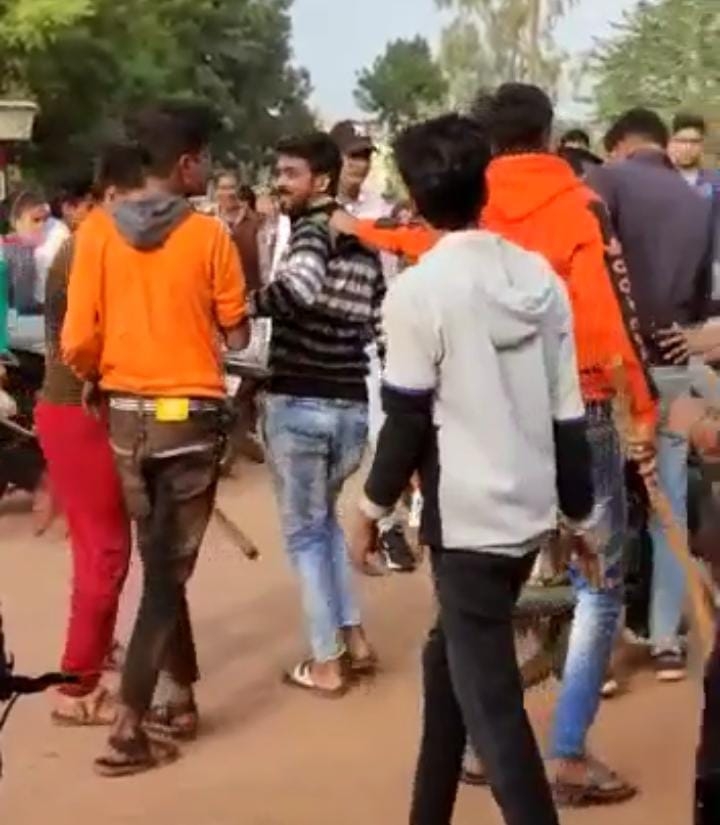 The videos of the incident have gone viral on social media. The videos shows that around half a dozen youth are attacking two momos sellers with sticks.

According to information, victims identified as Ram Avatar and Manish run a roadside momos shop in the city. A group of youths reached the shop and ordered momons.

As the shop owners demanded money against momos, the youth started abusing him. In the viral videos, the youths are heard saying that they are goons of the city and no one can dare to demand money from them.

The accused assaulted the victims and escaped from the spot. On getting information, a police team rushed the spot and registered a case after preliminary investigation.

The identities of the accused have been established and they will be arrested soon, police said.