The chief minister electronically transferred the scholarship amount of Rs 5.99 crore to the bank accounts of 21,550 girls.
Staff Reporter 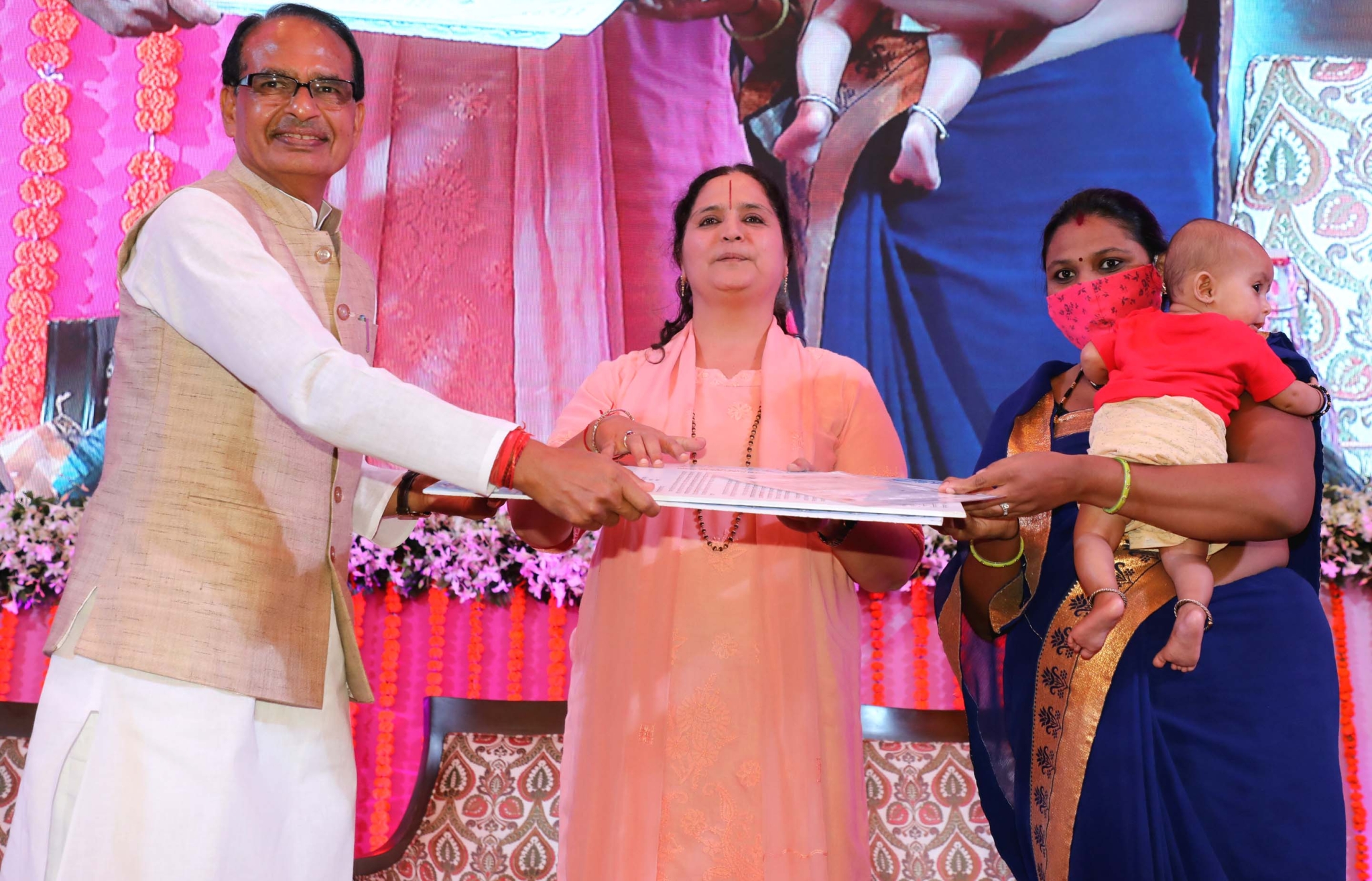 Chief Minister Shivraj Singh Chouhan during a programme on Ladli-Laxmi Yojana at Minto Hall in Bhopal on Thursday. | FP

BHOPAL: Chief minister Shivraj Singh Chouhan has announced that assistance under the Ladli Laxmi Scheme will be extended up to the college level.

He was addressing the ‘Ladli Laxmi Utsav’ at Minto Hall on Thursday. He said that an additional Rs 25,000 will be given to Ladlis who take admission in colleges. Till now, the beneficiaries of the scheme are limited to school-going girl students.  Now orphans will also be considered as Ladli Lakshmis and they would also be given the benefit of the scheme, he said. 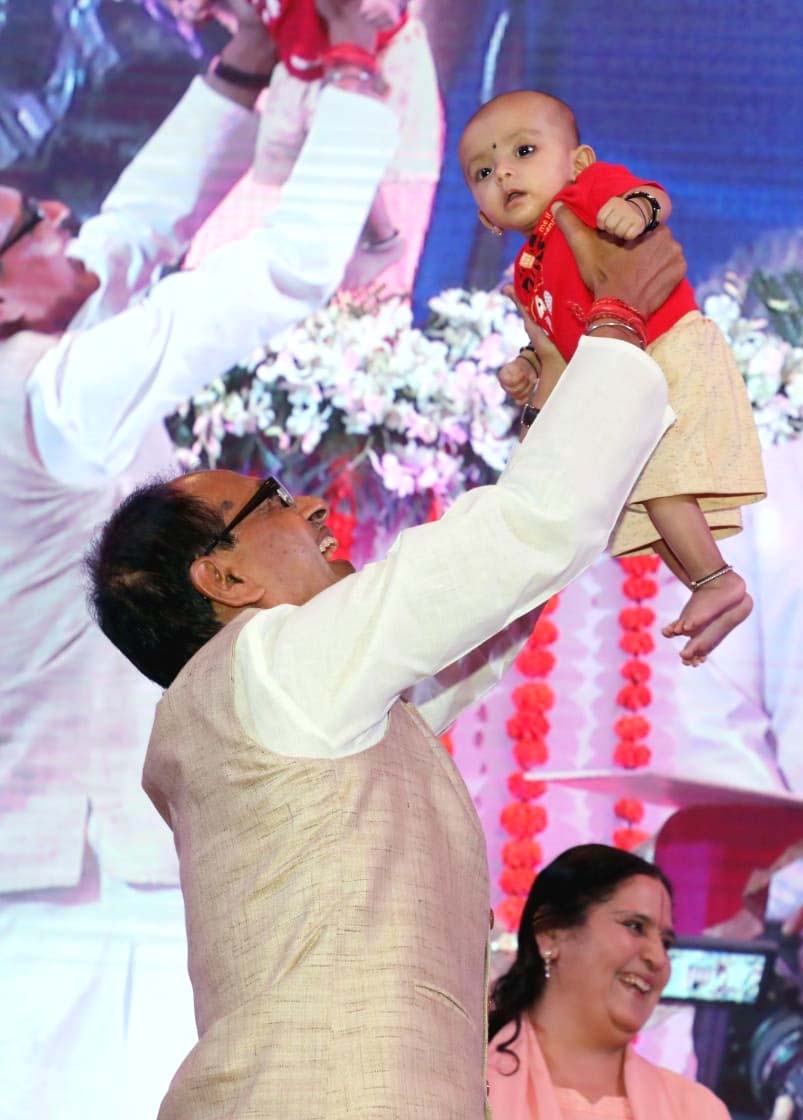 Chief Minister Shivraj Singh Chouhan during a programme on Ladli-Laxmi Yojana at Minto Hall in Bhopal on Thursday. | FP

“I want Ladli Laxmi Yojana to become an example that the whole world should follow. Daughters moving forward is the progress and development of the country and empowerment of the society,” the minister said.

He said that the idea behind the scheme was that daughters should be a boon rather than a burden. It is not just a scheme, it is an attempt to change the vision of society. He said that so far Rs 47,200 crore has been set aside under the scheme. The chief minister electronically transferred the scholarship amount of Rs 5.99 crore to the bank accounts of 21,550 girls. 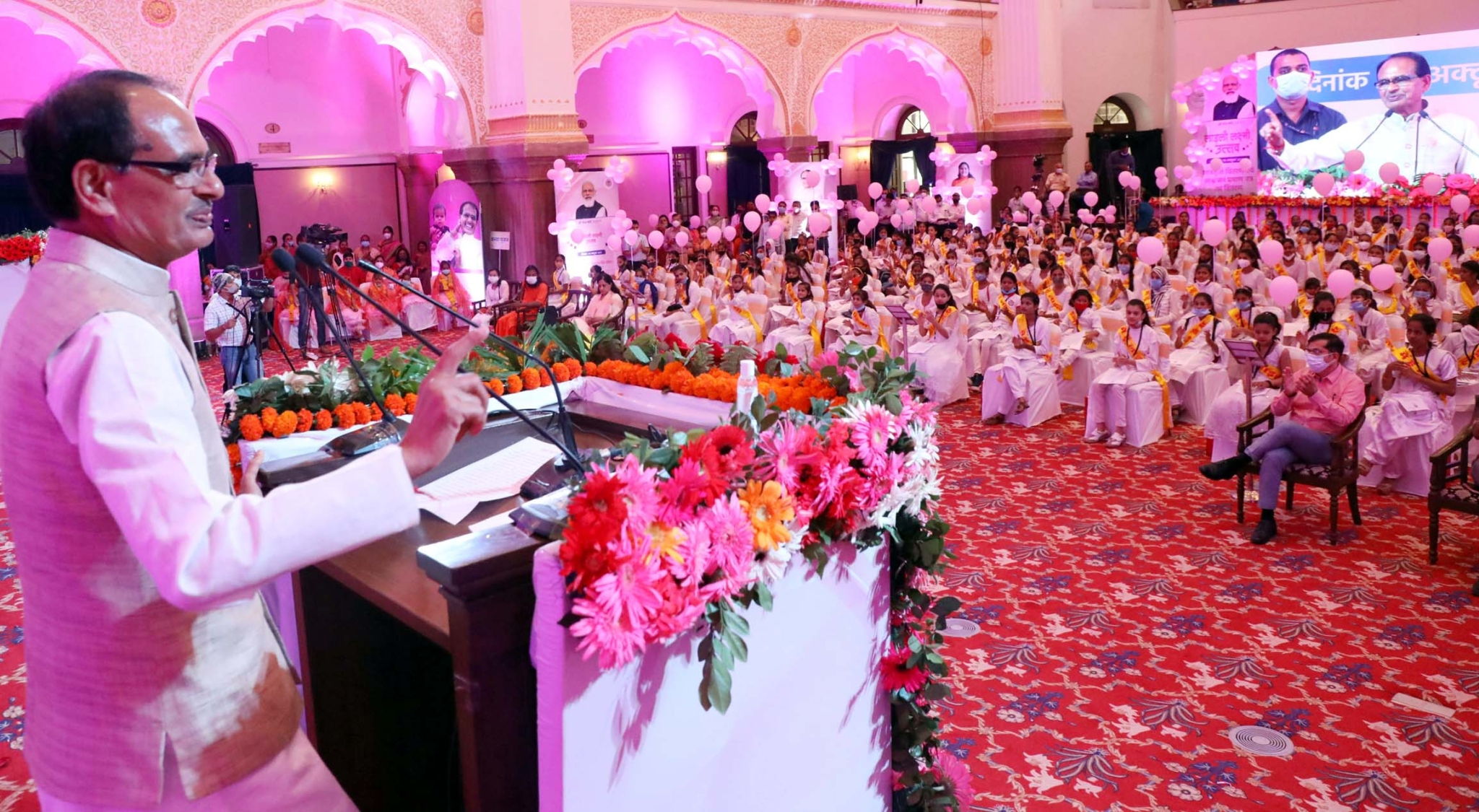 Around 200 beneficiaries from four districts attended the function in-person. The rest of them joined virtually along with their mothers except from the areas where bypolls are underway. More than 35 lakh Ladli Laxmis joined the event virtually. The total number of beneficiaries is upwards of 40 lakh. The event began with Kanya Pujan by the chief minister. 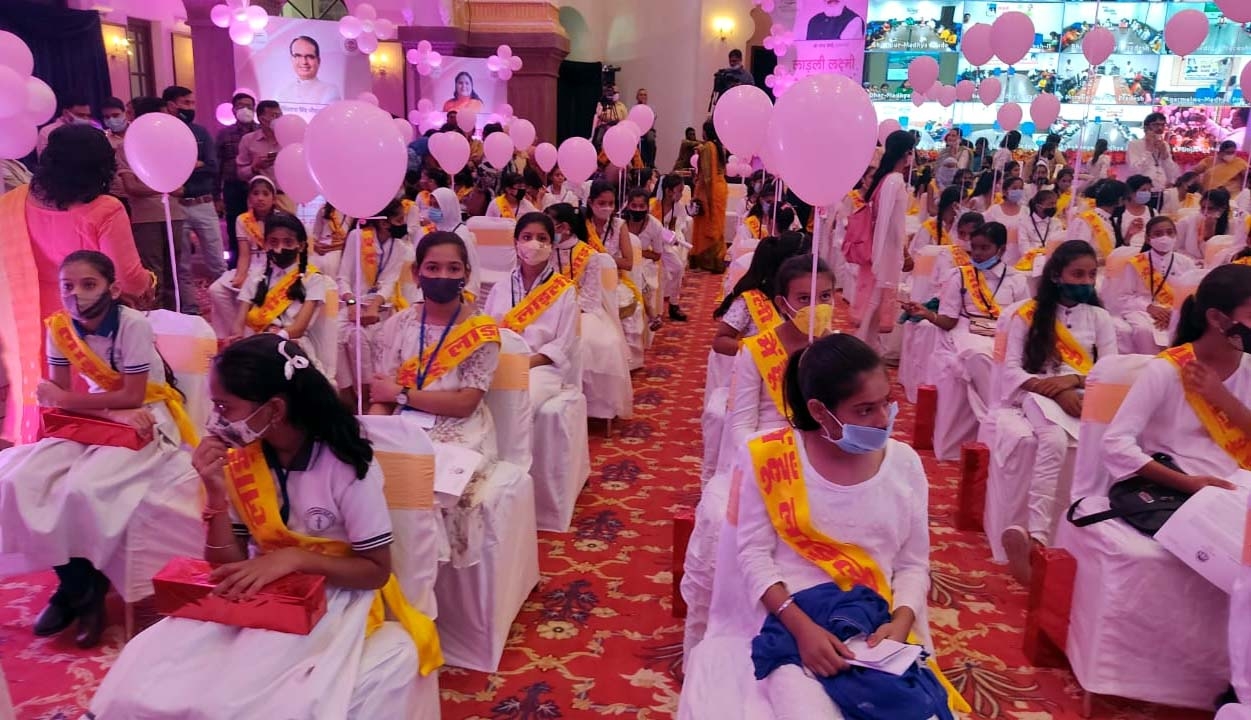 CHildren attending a programme on Ladli-Laxmi Yojana at Minto Hall in Bhopal on Thursday. | FP