Madhya Pradesh: Kotwar leaves his village; made request for justice to the Superintendent of Police

Kotwar, Sanjay Rajak is forced to stay in his relative's house in Shahpura, in the district.
FP News Service 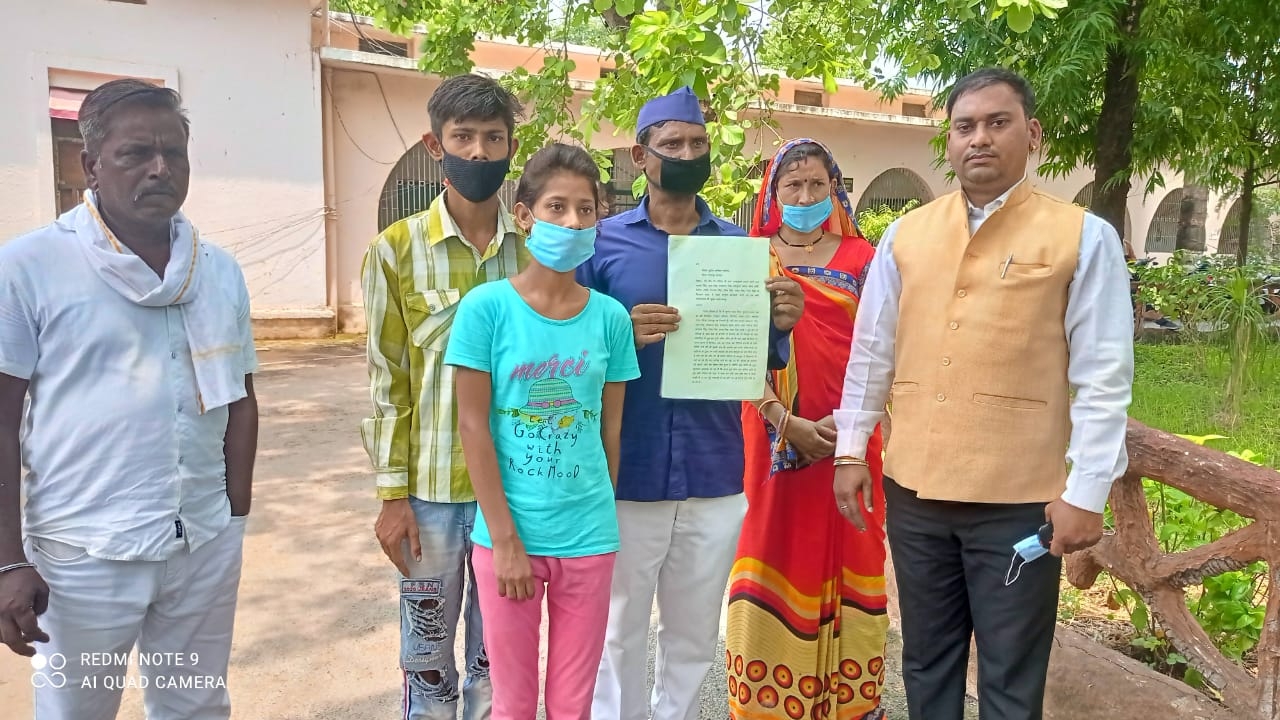 Jabalpur (Madhya Pradesh): A village record keeper (Kotwar) left his village because of the fear of local goons in Hardua village under Patan police station area of ​​Jabalpur. Kotwar, Sanjay Rajak is forced to stay in his relative's house in Shahpura, in the district.

On Wednesday, Sanjay reached the SP office along with his family members and requested for justice. Sanjay narrated the whole matter to Superintendent of Police (SP) Siddharth Bahuguna.

Sanjay said that the government has given him land after serving as Kotwari. The piece of land is registered in his name in the government records. But a few residents of the village wanted to occupy that piece of land. They are Yashwant Singh, Padam Singh, Ramprasad Singh, Ramkumar Pradhan, Mahendra Lodhi, living in the village, Jitendra Lodhi, Narayan Singh, Ganesh Singh, Sanjay Singh, Bharat Singh, etc.

Sanjay said that on July 9, they had attacked his whole family. In which his family members including the wife and children had suffered injuries.

In this matter, he had lodged a complaint against the accused in the Patan police station, Sanjay said.

Sanjay said that goons have threatened them if he would return to the village then he and his family would be killed.

Sanjay appealed to the SP that how long would he stay in his relative's house. He should be shifted back to his village.

In this case, SP Siddharth Bahuguna has directed for the action against whomever is guilty in the matter of justice to Kotwar.