In a shocking incident, police in Jabalpur have arrested a domestic maid who used to beat up mercilessly a two-year-old kid when the parents of the kid went out to work.

The horrific treatment meted out to the hapless kid was exposed by the CCTV camera installed at home. The cruel caretaker of the baby used to slap, punch and drag the little boy regularly.

Rajni Chaudhary, a native of Chaman Nagar was hired by the family for taking care of the kid around four months ago. The unsuspecting parents would cook food at 11am and would leave for offices and this offered Rajni a chance to inflict atrocities on the hapless kid.

Recently the parents turned skeptical when the kid seemed increasingly weak and fell ill. The doctor told the parents that the child had swelling in intestine and also could be subjected to torture.

The parents returned home and checked the CCTV camera footage and were shocked to see the atrocious treatment their child was subjected to by the maid. Wasting no time, they reached Madhotaal police station and lodged an FIR against Rajni. The police later arrested the woman from her home and booked her under section 308 of IPC.

After hiring the woman for Rs 5,000 a month and food; the couple confessed to police they did not imagine in their wildest dreams that the woman would treat their innocent kid like this.

To add, the video also went viral on social media on Tuesday evoking outrageous response from the netizens. 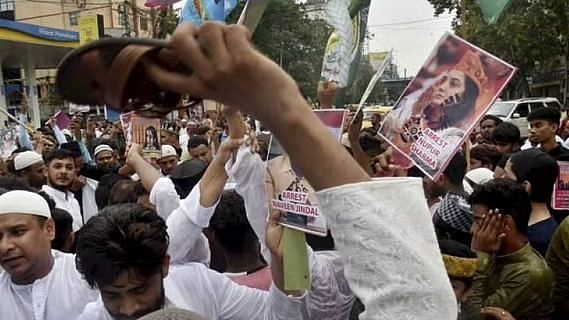