HomeBhopalMadhya Pradesh: 'I refuse to work alongside a man who killed people of my religion', says Congress leader Narendra Saluja on joining BJP

Madhya Pradesh: 'I refuse to work alongside a man who killed people of my religion', says Congress leader Narendra Saluja on joining BJP

Saluja has been MP Congress president, Kamal Nath’s media coordinator for many years.

Narendra Saluja with CM Chouhan | FP Photo
Follow us on

Saluja was given BJP membership at CM residence in Bhopal in the presence of CM Shivraj Singh Chouhan.

Congratulating Saluja on joining the BJP, Chouhan said, “He is a thinker and a very good person. He must have been inspired by PM Narendra Modi’s vision to join Bhartiya Janta Party. Under the leadership of PM Modi BJP is working towards nation building and now Saluja ji is a part of it.”

Chouhan further added, “BJP will be strengthened by his presence. A welcome him to BJP wholeheartedly.”

Explaining the reason behind leaving Congress, Saluja said, “I have been working as Kamal Nath’s media coordinator for five years. But, on November 8, on the occasion of Gurpurab when I went to Indore’s Khalsa College with him, whatever happened there, changed my perspective. Singer Manpreet Singh Kanpuri’s words were ringing in my ears for days. How can we pay respect to the man who was responsible for the 1984 riots?”

He further said, “Since November 8 I haven’t done any work related to Congress or Kamal Nath. I didn’t even wish him on his birthday. I cannot work alongside a man who is guilty of killing people of my religion. I refuse to be part of such a political party.”

On joining BJP, Saluja said that he is inspired by MP BJP president VD Sharma, CM Chouhan and a party which is present among people. 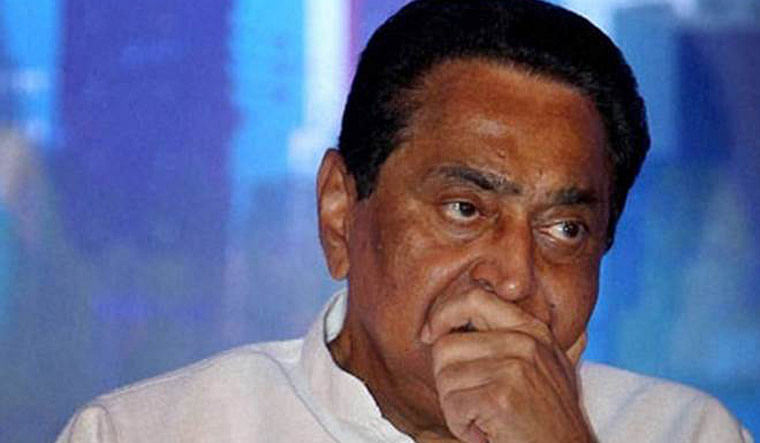