Union Minister Scindia has arrived in Gwalior-Chambal region for the first time after becoming a union minister and led a mega roadshow in Gwalior.
FP News Service 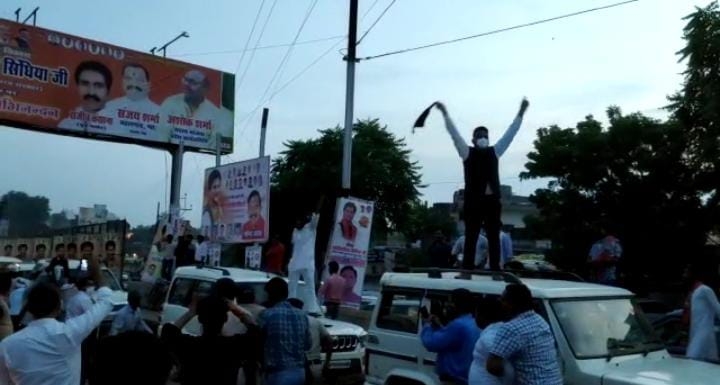 Gwalior (Madhya Pradesh): The police have booked around half dozen people for showing black flag to union minister Jyotiraditya Scindia on Wednesday.

Union Minister Scindia has arrived in Gwalior-Chambal region for the first time after becoming a union minister and led a mega roadshow in Gwalior.

During this a group of people have showed black flags to union minister flag by climbing on a car outside the Phulbagh Gurdara in Gwalior. After which the police have taken more than half a dozen people into custody. The video of the incident went viral on social media.

The youths were describing themselves as workers of Kisan Sangharsh Morcha and OBC Mahasabha. They showed their protest against the privatization, agricultural laws and demanded the caste census of OBCs.

At the same time, they also demanded time to meet union minister Scindia. But when the time was not given to them then people associated with OBC Mahasabha showed black flag to minister.