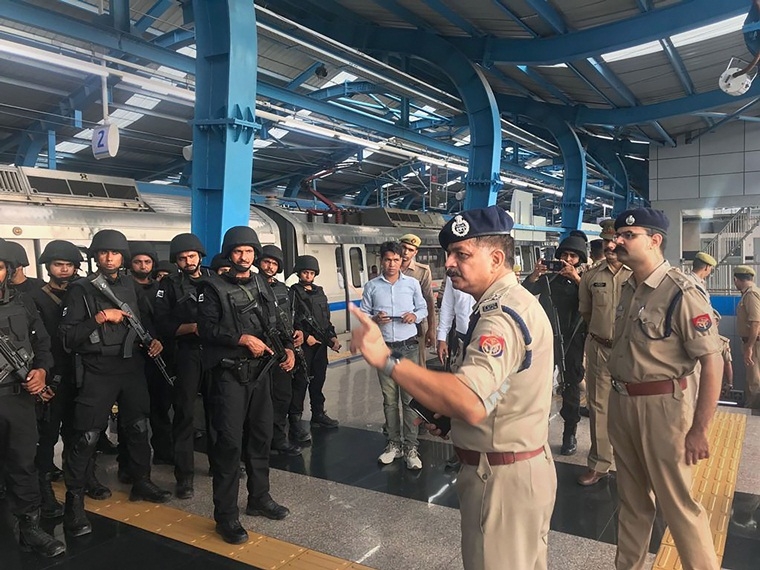 Bhopal (Madhya Pradesh): There was presence of more than 7,000 policemen in city during the stay of Prime Minister Narendra Modi on Monday. Multi-layered security arrangements were made around Jamboree Maidan, Barkatullah University, Rani Kamlapati Railway Station and airport. Barricades were put up at several spots between the airport and Jamboree Maidan.

The policemen were deployed all around the city and several roads in new Bhopal were barricaded. The buses went back through Mubarakpur towards Indore or through 11 mile trisection for Hoshangabad road. The area around Habibganj station, the road connecting Baghsewania police station to Mansarowar trisection was barricaded. The PM travelled in cavalcade between helipad at university and Rani Kamlapati railway station. Additional director general of police (ADGP) A Sai Manohar said the cops who had come from other districts have begun returning.

The ground was divided into 25 sectors. The workers also cleaned BRTS corridor used for PM cavalcade The filth was collected in over 60 vehicles and disposed of in landfill site. The BMC workers’ teams worked in a group of 15 to 20 men, in all the 25 sectors. Another team worked in the corridor, which was strewn with flowers.