Madhya Pradesh: 3 died in a road accident in Satna

According to reports, the tanker arriving from Maihar to Satna had head on collision with the bike moving from Satna to Maihar.
FP News Service 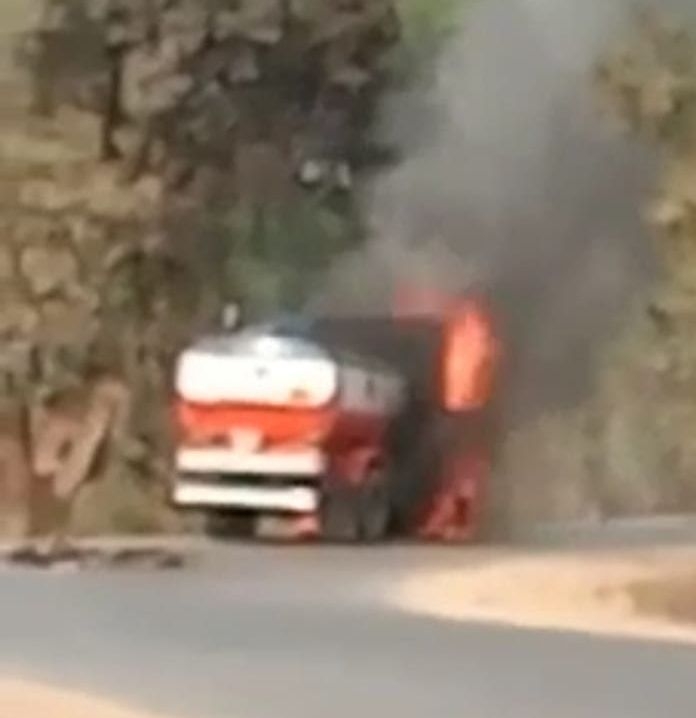 Satna (Madhya Pradesh): An oil-filled tanker hit a bike and then oil tanker caught fire in the incident at Korwara turn Maihar-Uchehra road in Satna on Friday.

Three persons including the bike driver died on the spot in the incident. According to reports, the tanker arriving from Maihar to Satna head on collision with the bike moving from Satna to Maihar.

The bike rammed into the front part of the tanker and the tanker caught fire because of the short-circuit in the bike. The bike got completely burned in the incident.

As soon as the information was received, the Uchehra SDM Hemkaran Dhurve and Mahiar SDPO Himali Soni reached the spot with fire brigade crew. The two fire brigades controlled the fire after hours.

The identity of the deceased were yet not ascertained as their bodies were completely burned. All the bodies were brought to Uchehra. The bodies would be sent for an autopsy after identification, the police said.