The youth has been identified as Adil Ali, a resident of Omit police station area of the district.

The youth has been identified as Adil Ali, a resident of Omit police station area of the district. A video of the act went viral on social media. Adil was spotted using abusive words against PM Modi and Shah along with performing mimicry of their walking style in the viral video.

Following the viral video, right wing organisations expressed their protest and submitted a complaint in the police station. Acting on the complaint, the police took cognizance into the matter and arrested the youth.

Omti police station in charge SPS Baghel said that it was a serious crime to make abusive comments on PM Modi, Amit Shah and then make it viral on social media. A case was registered against Adil under section 153A IPC and further proceedings were on, Baghel added. 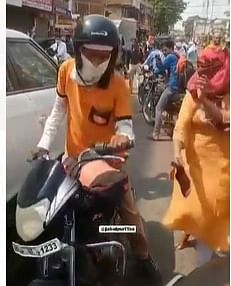