Humanity in times of crisis: How this woman from Bhopal has been promoting health and nutrition among Adivasi women 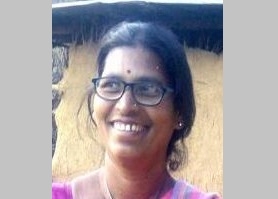 BHOPAL: Shaken by the death of her mother for want of medical air, Subhadra Khaperde, 52, has been working for promoting health and nutrition among Adivasi women in the Dewas district of the state for the past 32 years.

“I soon realised that health is not only about hospitals and medicines but also about nutritious and proper diet,” she told Free Press. And so, she launched a campaign to revive the old dietary practices of the Adivasis. That involved promoting organic farming to grow cheap and nutritive crops, especially a wide variety of millets and pulses. “These varieties had disappeared with time and their revival was imperative for ensuring food diversity and nutrition,” she said.

Her initial life was very hard. After the death of her mother when she was just 10, she began working as a manual laborer. But the wages were very low and the work was back-breaking. She then got associated with a social service organisation and began promoting hygiene and education among women. Finally, after her marriage with a fellow social worker, she switched to working in the field of health and nutrition.

Subhadra is one of the three women from the state – and ten from the world – who have been selected for the Women’s World Summit Foundation (WWSF) Prize for Women’s Creativity in Rural Life. The WWSF is a Geneva-based non-profit organisation. The WWSF’s Prize for Women’s Creativity in Rural Life” (created in 1994 at the Beijing 4th World Conference on Women), annually awards creative and courageous rural women leaders and groups that help to advance and improve the quality of life in rural communities. The award carries 1000 USD in cash.

“I am very happy that our work has won international recognition. And that is because in India our central and state governments recognise one’s work only when one wins appreciation from abroad and in that sense, it is very welcome,” she said.

Besides Subhadra, the other two awardees from the state are Shabnam Shah, 33, who works in Ashoknagar district and Saraswati Uike, 43, who is active in the Raisen district. All the three were among the 50 Jai Jagat marchers of Ekta Parishad’s New Delhi-Geneva march on foot.

Shabnam told Free Press over telephone that she overcame the family restrictions that were common in traditional Muslim families like Purdah. She works in the Mungaoli and Chaderi Tehsils of Ashoknagar district for promoting the participation of women in collective decision-making in the villages. Her work for the most dispossessed of all extends to over 100 villages and she has succeeded in getting land rights for 1470 families. Her work has been mainly for one of the most primitive and exploited Adivasi people of India - the Saharias. Alcohol was wreaking havoc among these people and she has managed to reduce drastically the all-pervading threat alcohol posed to these tribal populations.

Saraswati Uike, a Gond tribal, is a militant fighter for the right of access of her people to land, water, and forest rights. “I have been working to secure the forest rights of the Adivasis since 2003 and have managed to win right over the land for over 1,000 tribal families,” she said.