The ex-armyman is accused of inciting youths

Police in Gwalior have arrested a retired army personnel accusing him as being responsible behind the anti-Agnipath protest that happened on June 16 in the protest against Agnipath scheme in the city.

The army personnel Manoj who was arrested is a physical trainer. Manoj Kumar has been accused of inciting the youths who are preparing for defence services. The entire incident was captured in the CCTV and a FIR was lodged against him. he was arrested on Saturday.

Thousands of aspirants gathered near the Gola Ka Mandir area to protest on Thursday, henceforth vandalized the railway station . Names of several coaching centre’s officials are coming in the conspiracy. The defence services aspirants got information in a whatsApp group to gather near the temple.

Kaushlendra Vikram Singh the district collector of Gwalior has ordered that no physical training centres would function without official permission.

Singh has also ordered that every physical training centre will have to submit an application and with that they will have to submit the details of students to the SDM and police station in charge. The ones breaching the order will be booked under section 188 of Indian Penal code, he added.

To add, thousands had gathered in the city in different areas on Thursday vandalizing properties and also engaging in arson. The police during investigation had found involvement of coaching tutorials which let defence services aspirants prepare for physical training. 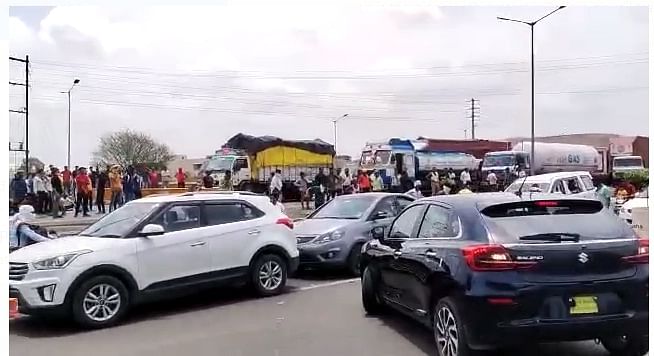 Devendra Fadnavis to be Deputy CM of Maharashtra: JP Nadda