Bhopal(Madhya Pradesh): An elderly couple was duped of Rs 1.54 lakh in the name of fast-tag updation. The couple had randomly called on the number they noted from the internet for fast-tag reactivation. Shahpura police station in-charge Mahendra Mishra told Free Press that a retired officer of water works department Omprakash Choudhary (77) filed a complaint that online crooks swindled Rs 1.54 lakh from his and his wife bank accounts in the name of fast-tag updation.

Choudhary told police that he and his wife own separate cars and their fast-tag had been deactivated. The couple searched for the phone number on the internet for online updation of their fast-tag, said police. They made a number of calls on the contact number they got from the internet, however, all went unanswered. Around half-an-hour, the retired official received a phone call, the caller claimed that he was from a fast-tag company and was ready to help them with online reactivation of their fast-tag card.

The caller asked Choudhary to follow his instructions. The caller took the bank account details of the couple. He asked the couple to share the OTP they received on their mobiles, which they did; clueless that they were duped.

By the time the call got disconnected, Rs 1.9 lakh was withdrawn online from Choudhary’s account and Rs 45,000 from his wife’s bank account. When the message of amount withdrawal came on their mobile numbers, the couple tried in vain to contact the couple.

The couple later approached police and lodged a complaint. Police have registered a case against unidentified person under Section 420 of IPC and forwarded the case to cyber crime branch for further investigations.

Crook had failed to breach the Bank's security wall but... 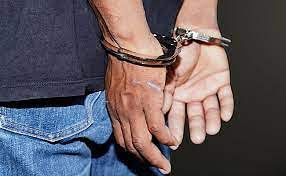