Day 4 of Ramleela Utsav in Bhopal: How Ram bonded with forest dwellers

The episode begins with the meeting between Lord Rama and Nishadraj, the boatman.
Staff Reporter 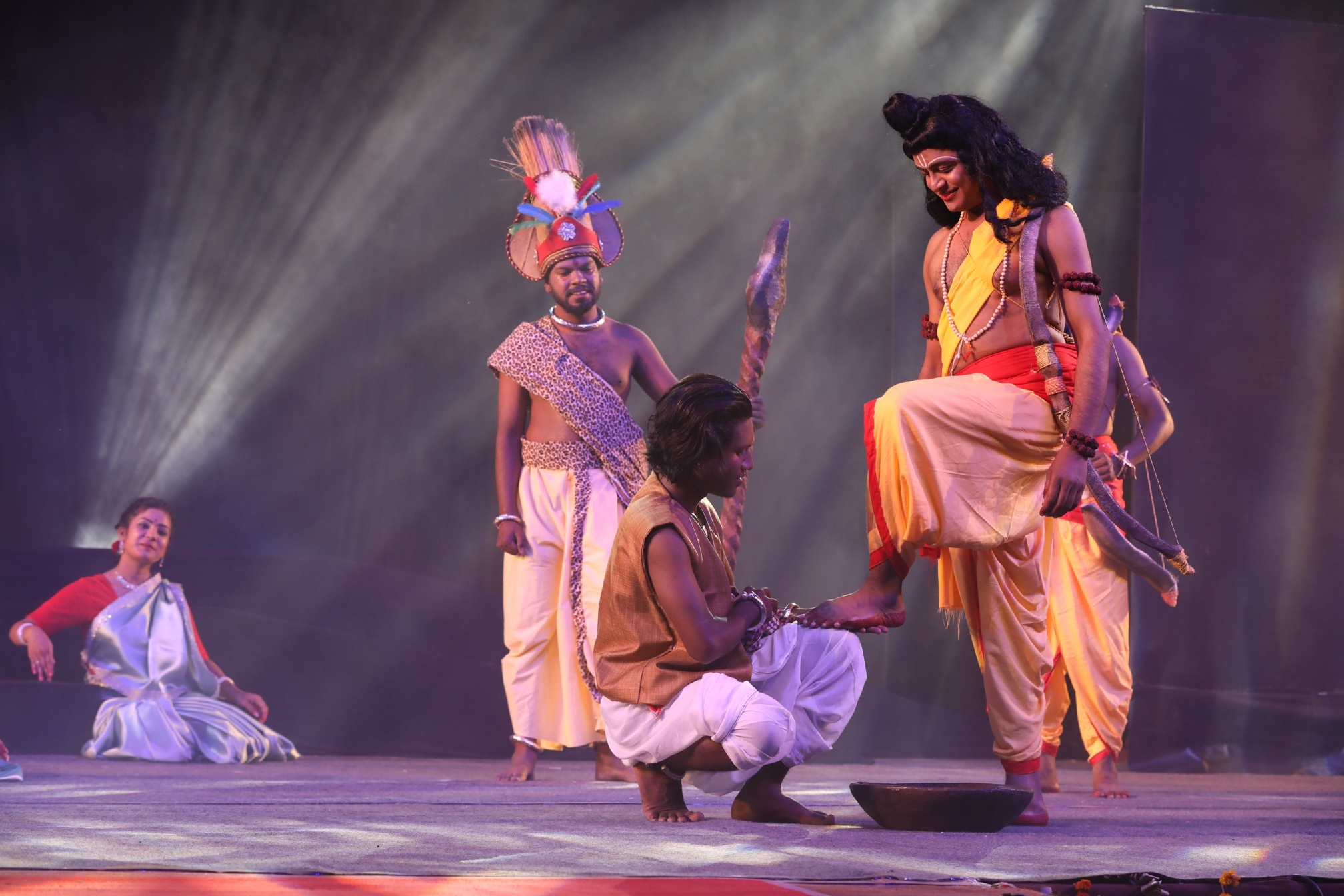 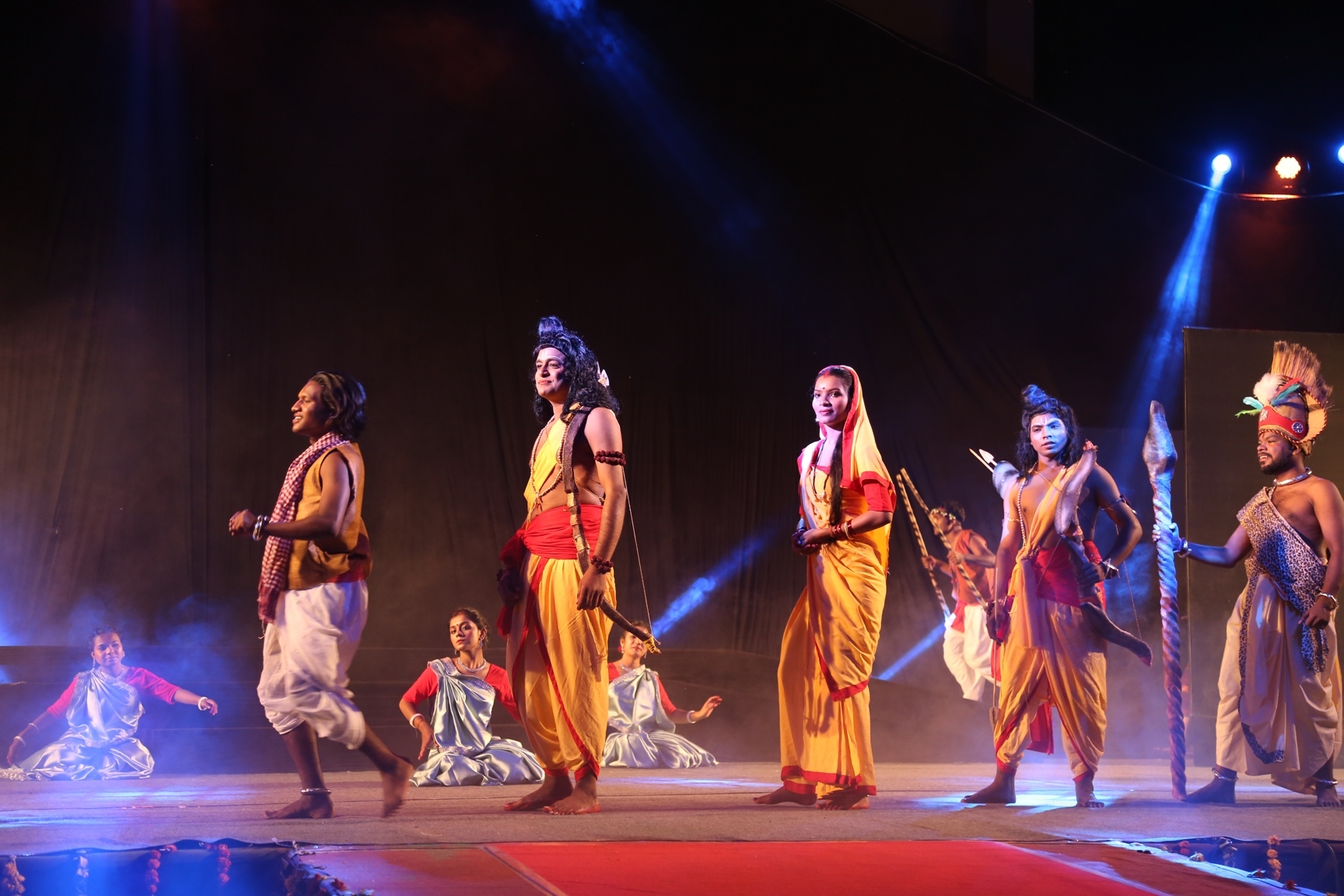 BHOPAL: ‘Nishadraj Guhya,’ depicting the relationship between Lord Ram and forest dwellers was staged under Vanvasi Leela at the open air auditorium of Ravindra Bhavan here on Wednesday.

It was the fourth day of the five-day Shri Ramleela Utsav organised by the Directorate of Culture. Written by Yogesh Tripathi and directed by Guru Prasanna Das from Satna, this episode from the Ramayana was showcased for the first time.

The episode begins with the meeting between Lord Rama and Nishadraj, the boatman. After killing Ravana, Shri Ram returns to Ayodhya and his coronation takes place.

Besides, an exhibition of 50 paintings, based on the story of Vanvasi Leela Natya Lekh, is also on display in which Leela Natya Bhaktimati Shabari has been composed in Cheriyal Patam style of Andhra Pradesh and Nishadraj Guhya in Nathdwara style of Rajasthan. 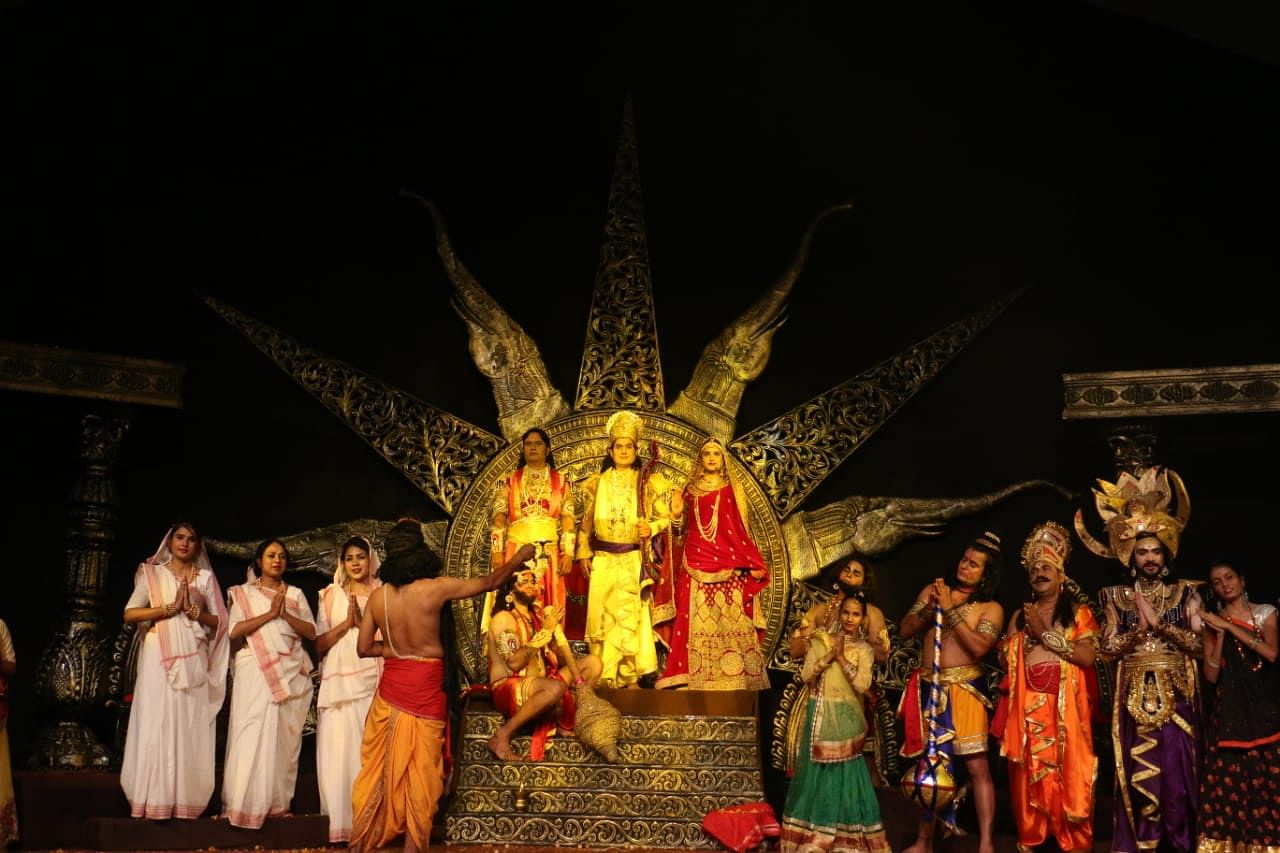