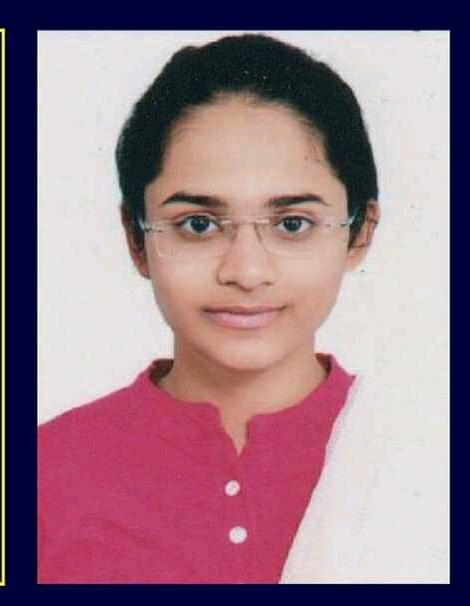 Jagriti tops in women category in the Civil services |

Bhopal: Twenty-four years old resident of Shivaji Nagar in Bhopal, Jagriti Awasthi, has secured second rank in the civil services examination. The results of UPSC 2020 were declared on Friday evening. Jagriti has passed her graduation, pursuing BTech, from MANIT in electrical engineering and then worked for BHEL as an engineer.

Jagriti Awasthi’s brother Sumit Avasthi, who is pursuing MBBS second year from Gandhi Medical College, said. “My sister did most of her preparations from home. She had quit her job at BHEL in 2019 and then she went to Delhi for preparations. But, lockdown happened. So she came back home in March only.” Her father, Professor SS Avasthi, who worked at Government Homeopathy College, Bhopal and is a homeopathy doctor, said, “I knew her preparations were quite good but AIR 2 was unexpected. When she used to work at BHEL, she came to me one day and said she wanted to resign from her job and prepare for UPSC. I agreed and she resigned the next morning.” Jagriti worked as a class-one engineer at BHEL in Bhopal after completing her engineering degree from MANIT.

Sharad Khandelwal, the son of a grocer in Hoshangabad and brother of a cloth merchant secured 167th rank. Shreyansh Surana from Betul district got 269th rank in the prestigious exam and it was his first attempt. Surana has also cracked the chartered accountant (CA) exam at the age of 21 and is son of Vimal Surana, a CA in the district. Ahinsa Jain, an IRS officer from Jabalpur stood at 55th rank. Bhopal’s Sahil Khare got 243rd rank in the exam. Son of an IAS officer, Khare had completed his bachelors from NLIU in 2019.